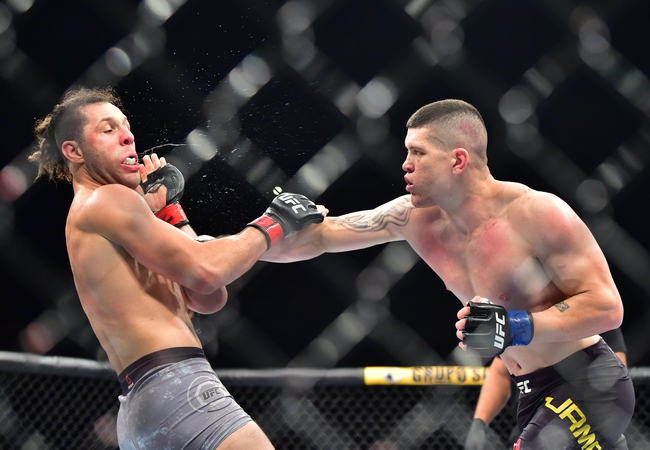 Markus Perez and Dricus Du Plessis face off in a middleweight showdown for the main event at UFC Fight Night 179 at Fight Island in Abu Dhabi. Both of these fighters are currently unranked.

Markus “Maluko” Perez comes into this fight with a 12-3 record overall but since coming into the UFC he has gone 2-3. Perez’s last fight came against Wellington Turman in November of 2019 and in that fight he lost by unanimous decision. Perez was taken down twice in that fight and that led them to the loss. Perez’s last win was against Anthony Hernandez in February of 2019, and that was a win by submission. Perez is averaging 2.75 significant strikes per minute while absorbing 3.96 significant strikes per minute. Perez is also averaging 1.08 successful takedowns every 15 minutes but he is only successful on 26 percent of his attempts. Perez is also averaging 1.1 submission attempts every 15 minutes.

Dricus "Stillknocks” Du Plessis will be making his UFC debut in this fight and he currently sits with a 14-2 record. Du Plessis has won five fights by knockouts and nine by submissions. Du Plessis’s last win came in December of 2019 against Brendan Lesar. In thiat fight, Du Plessis got the job done late in the first round by a submission attempt. Du Plessis’s last loss came back in October of 2018 against Robert Soldic and he was competitive in that fight but late in the 3rd round he got worn down and lost the fight by knockout. In this fight, Du Plessis needs to get out to a fast start because there is probably going to be some nerves,