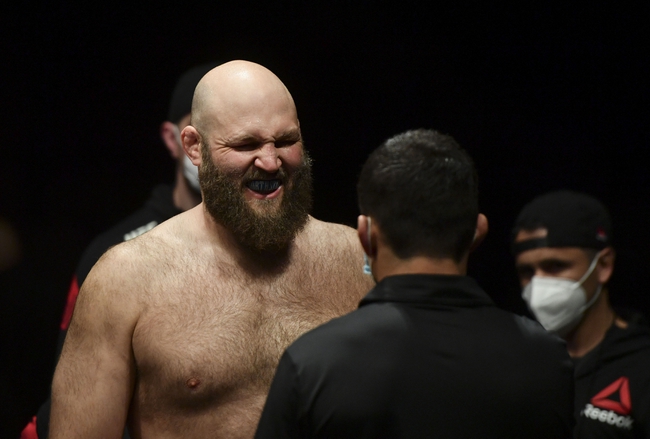 Ben Rothwell and Marcin Tybura face off in a heavyweight showdown for the main event at UFC Fight Night 179 at Fight Island in Abu Dhabi. Both of these fighters are currently unranked.

Marcin Tybura comes into this fight with a 19-6 record overall and coming into this fight he has won two in a row. Tybura’s last fight came against Maxim Grishin in July of 2020 and in that one he had three takedowns and that led to a unanimous decision victory. Tybura is averaging 3.32 significant strikes per minute while absorbing 2.83 significant strikes per minute. Tybura is also averaging 1.69 successful takedowns every 15 minutes and he is successful on 48 percent of his takedown attempts. Tybura has also stopped 82 percent of his opponents' takedown attempts. Tybura is also averaging 0.1 submission attempts every 15 minutes.