UFC on ESPN 16: Kyler Phillips vs. Cameron Else Picks and Predictions 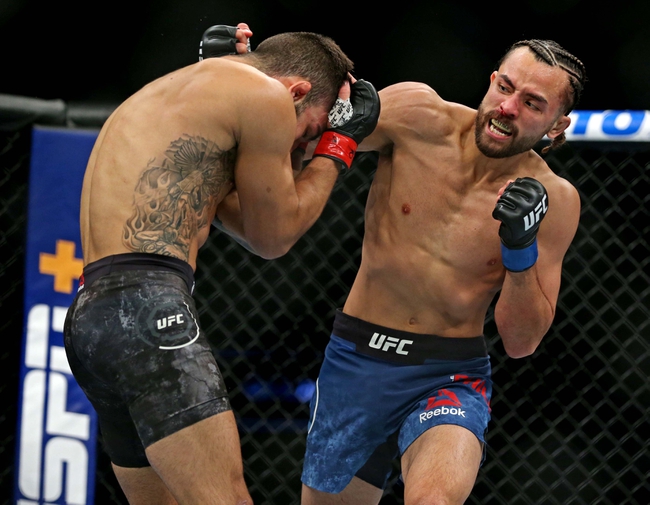 Cameron Else vs. Kyler Phillips

Kyler Phillips and Cameron Else face off in a middleweight showdown at UFC on ESPN 16 at Fight Island at Abu Dhabi, United Arab Emirates.

Kyler “The Matrix” Phillips comes into this one with a 7-1 record overall and since coming into the UFC he has a 1-0 record. Phillips first fight inside the UFC was against Gabriel Silva in February of 2020 and in that fight he was dominant. Phillips outstruck Silva 89-31 and even though they both had two takedowns, there was really no doubt that he was going to be the winner on the judges scorecard. Phillips comes into this fight averaging 6.53 successful takedowns every 15 minutes while absorbing only 2.09 significant strikes per minute. Phillips is averaging 1.90 successful takedowns every 15 minutes and he is successful on 50 percent of his takedown attempts. Phillips is averaging 0.9 submission attempts every 15 minutes.

On the other side of this matchup is Cameron Else who will be making his UFC debut when he steps inside the octagon in this fight. Overall Else has a 10-4 record but coming into this one he has won six fights in a row. Else’s last fight came against Brad Evans in February of 2020 against Brad Evans, a fight that he won by a Guillotine Choke. Each of Else’s last wisn have come by stoppage and there is no doubt he is going to come out firing early in this one.Not only did each of those come by finish, they also were all finished in the first round. Else uses his Brazilian Jiu-Jitsu and Taekwondo as his main styles of fighting. One thing to watch in this fight is how he performs if this fight goes past the 1st round. With fights not going long, this could be a situation where Else could be gassed.

The better fighter is probably Phillips but that is too big of a number to lay with him. Else has knockout power and he is going to catch Phillips with one of them. This is one that shouldn’t be bet big, but lay a couple of dollars on Else to come away with the victory.