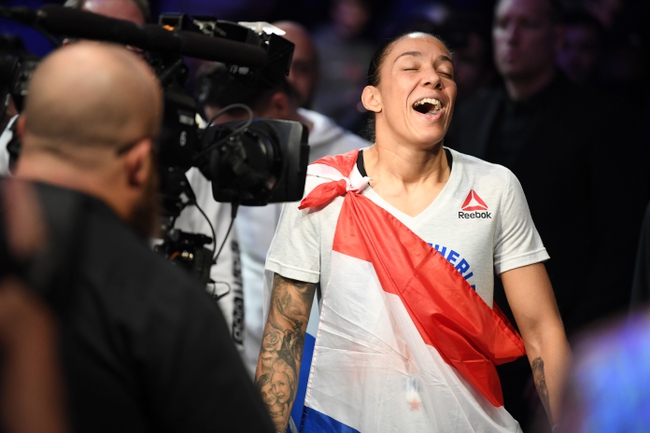 Germaine de Randamie and Julianna Pena face off in a women’s bantamweight showdown at UFC on ESPN 16 at Fight Island at Abu Dhabi, United Arab Emirates.

Germaine “The Iron Lady” de Randamie comes into this fight with a 9-4 record overall and she comes into this fight having won five of the last six games. The only loss during that stretch for de Randamie was in her last fight against Amanda Nunes, a fight she made it the distance, but she lost by unanimous decision. de Randamie’s last win came against Aspen Ladd in July of 2019, a fight she finished 16 seconds into the fight. Three of de Randamie’s last five fights have come by knockout with the other two coming by decision. de Randamie is averaging 2.72 significant strikes per minute while absorbing 2.15 significant strikes per minute. De Randamie wants to keep the fight on the feet and she is averaging 0.0 successful takedowns. Her takedown defense is also strong stopping 71 percent of his opponent takedown attempts.