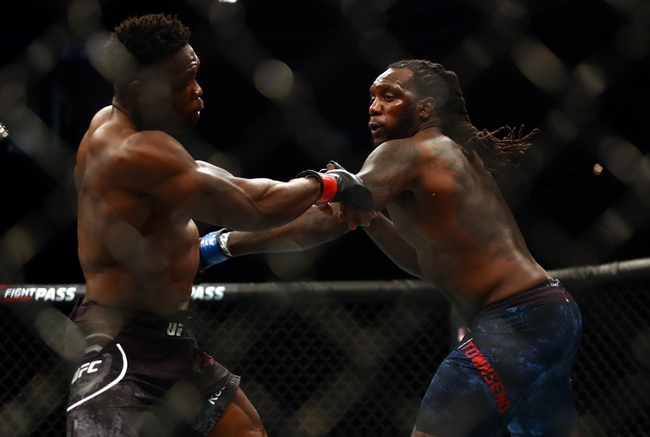 Dequan Townsend and Dusko Todorivic face off in a middleweight showdown at UFC on ESPN 16 at Fight Island at Abu Dhabi, United Arab Emirates.

On the other side of this matchup is Dusko Todorovic who will be making his UFC debut when he enters the octagon in this one, and there is a lot of hype surrounding him. Todorovic comes into this fight with a 9-0 record overall with five of those wins coming by knockout, three by submission, and one by decision. One problem for Todorvic coming into this fight is his last fight came in August of 2019. That win was against Teddy Ash in August of 2019 as part of Dana White’s Contender Series. In that one, it was a unanimous decision victory. The young Serbian has power in his hands, and Todorovic is going to try to throw his hands early. In this one, Todorovic is the better fighter in this one and anything less than a finish is going to be a disappointment. This is a fight that he needs to get out to a fast start in and a knockout in the first round would be even more impressive.

Townsend doesn’t have confidence heading into this fight and Todorvic is going to take advantage of that in this fight. Look for Todorivc to get out to a fast start in this one, and it will be in the first round that he will finish it by knockout.

Shane’s Pick Dusko Todorovic by Knockout in Round 1