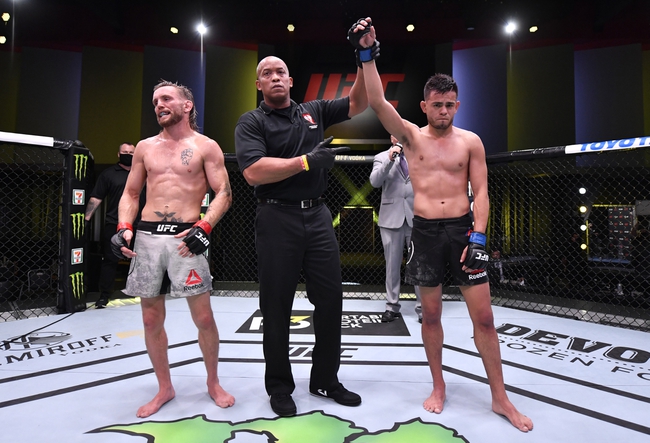 Brandon “Raw Dawg” Royval is one of the up and comers in the UFC but a loss in this one would really knock him back. Royval comes into this fight with an 11-4 record and he was impressive in his first UFC event. Royval’s first fight in the UFC came against Tim Elliott and even though he was taken down four times in that fight, in the second round he locked in an arm triangle and the fighter was over. Royval is averaging 1.81 successful takedowns every 15 minutes and 3.6 submission attempts during the same time period. Royval wants to finish the fights by submission and no matter how bad he is doing in a fight, he is never out of it, because he can lock in a submission.