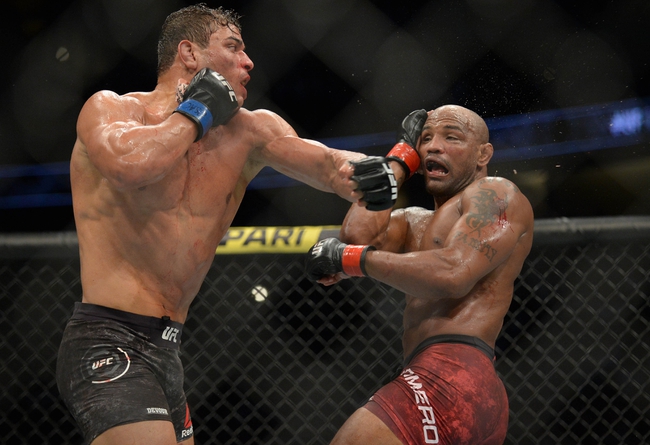 Israel Adesanya and Paulo Costa face off on Saturday at UFC 253 for the middleweight bout at Fight Island in Abu Dhabi. Adesanya is currently the reigning champion while Costa is ranked second.

Israel “The Last Stylebender” Adesanya comes into this fight with a 19-0 record and since coming into the UFC he has gone 8-0. Adesanya has won three championship belts in a row and two of the fights were won by a unanimous decision and the other fight he won came by knockout. Adesanya is an exciting fighter, but he isn’t a prolific fighter that is going to throw punches in bunches. Adesanya’s last fight went five rounds against Yoel Romero and he only outstruck him 48-40, but there really wasn’t any doubt that he had won. Adesanya is averaging 3.96 significant strikes per minute while absorbing 2.40 significant strikes per minute. Adesanya wants to keep the fight on the feet and he is averaging 0.00 successful takedowns every 15 minutes. Adesanya does do a good job of stopping his opponents takedown attempts doing so 86 percent of the time. Adesanya is also averaging 0.3 submission attempts every 15 minutes.

Paul “The Eraser” Costa comes into this game fight with a 13-0 record overall and since coming into the UFC he has gone 5-0. Costa’s last fight came in August of 2019 against Yoel Romero and even though he was outstruck in that game, it was still enough to come away with a unanimous decision. Costa’s first four fights inside the UFC were finished by knockout, and the last win was by unanimous decision. Costa is averaging 8.43 significant strikes per minute while absorbing 6.84 significant strikes per minute. Much like Adesanya, Costa likes to keep the fight on the feet and he is averaging 0.0 successful takedowns every 15 minutes, and 0.0 submission attempts every 15 minutes. In this fight Costa needs to not let his nerves get to him early, or this fight could be over soon.