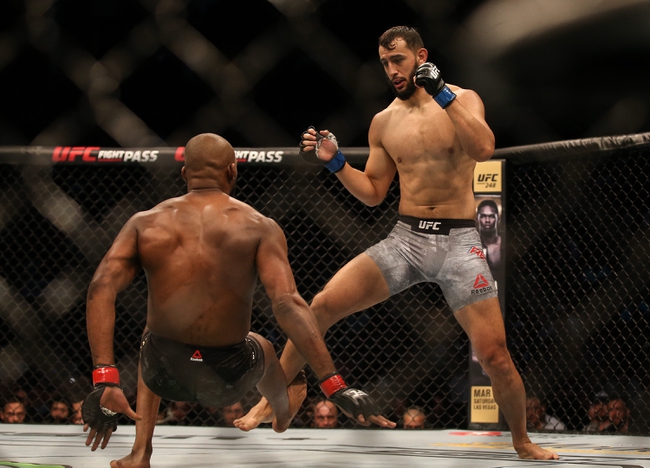 Dominick “The Devastator” Reyes comes into this fight with a 12-1 record overall and since coming into the UFC he has gone 6-1 with his only loss coming in his last fight against Jon Jones. Reyes actually outstruck Jones 116-104 in that fight but he was taken down two times and that led to a unanimous decision loss. Reyes last win came two fights ago against Chris Weidman and in that fight it was only 1:43 into the fight that he was able to win by knockout. Reyes comes into this fight averaging 4.88 significant strikes per minute while absorbing 3.00 significant strikes per minute. Reyes is only averaging 0.24 successful takedowns every 15 minutes and he is only successful on 16 percent of the takedown attempts. Reyes also stops 82 percent of his opponents' takedown attempts. Reyes is also averaging only 0.2 submission attempts every 15 minutes.

There isn’t a whole lot of value in this fight, but there is one fighter that is a lot better than the other and that guy is Reyes. Reyes might not get the finish but he is going to have no issue getting the job done. Reyes is a fighter that would make a lot of sense in some parlays.