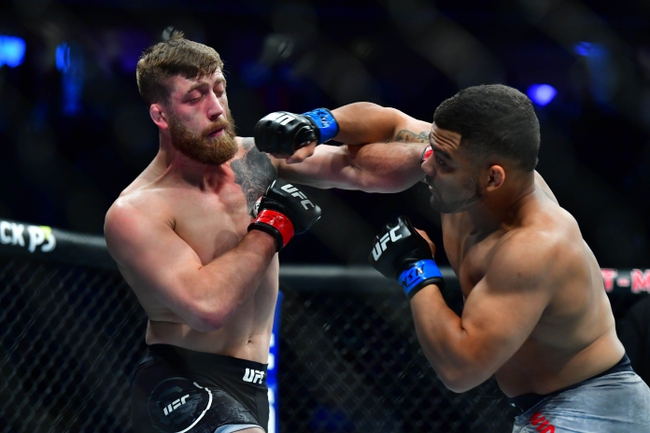 Khamat Chimaev and Gerald Meerschaert face off in a middleweight showdown for the main event of UFC Vegas 11 at the UFC Apex in Las Vegas on Saturday.

One of the most talked-about fighters this summer in the UFC has been Khamat Chimaev and he will try to continue to open some eyes all across the UFC. Chimaev comes into this fight with a perfect 8-0 record and since coming into the UFC he has gone 2-0. Chimaev fought on July 15th and then again on July 25th and both of those fights ended by finish. Chimaev’s last fight came against Rhys McKee and in that one it was a little over halfway through the first round that he was able to finish the fight by knockout. Chimaev is averaging 8.88 significant strikes per minute while absorbing only 0.11 significant strikes per minute. Chimaev is averaging 4.81 successful takedowns every 15 minutes and he is successful on 75 percent of his takedown attempts. Chimaev is also averaging 3.2 submission attempts every 15 minutes.

On the other side of this matchup is Gerald Meerschaert who comes into this fight with a 31-13 record but he has struggled a bit more as of late losing two of his last three fights and four of the last six. Meershaert’s last fight came against Ian Heinisch in June of 2020 and in that fight he was dominated from the start and that led to a knockout 74 seconds in. GM3 is averaging 3.31 significant strikes per minute while absorbing 3.58 significant strikes per minute. Meerschaert is averaging 2.34 successful takedowns every 15 minutes and he is successful on 43 percent of his attempts. His last win came against Deron Winn back in March of 2020 and in that fight he won by submission.

Meerschaert is a step up in competition for Chimaev but this isn’t going to be the fighter that hands him his first loss. Chimaev is an elite finisher and Meerschaert really struggled in his last fight. Look for Chimaev to win this fight by finish in the first round.

Shane’s Pick Khamat Chimaev by first round round finish