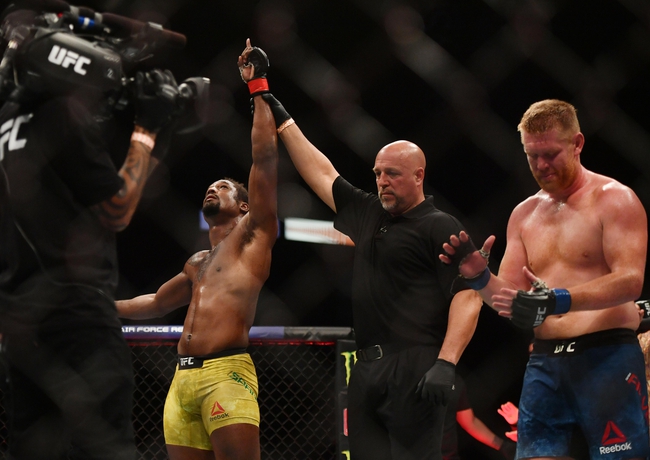 Johnny Walker and Ryan Spann face off in a light heavyweight showdown for the main event of UFC Vegas 11 at the UFC Apex in Las Vegas on Saturday.

Johnny Walker comes into this fight with a 17-5 record and since coming into the UFC he has gone 3-2. Walker’s three wins in UFC were impressive all by finish and all of those finishes came in the first round. Since winning three in a row though, Walker has struggled and he has lost two straight. Walker’s last fight came against Nikita Krylov and in that fight he didn’t look impressive. Walker was taken down three times in that fight and that led to a unanimous decision loss. Walker comes into this fight averaging 4.01 significant strikes per minute while absorbing 3.58 significant strikes per minute. Walker is averaging only 0.43 successful takedowns every 15 minutes but he has been successful on every one of his attempts. Walker is also averaging 1.3 submission attempts every 15 minutes.

On the other side of this matchup is Ryan “Superman” Spann who comes into this game with an 18-5 record overall and since coming into the UFC he has won four fights in a row. Spann’s last fight came against Sam Avery in May of 2020 and there was some controversy in that fight but he was able to come away with a split decision. Spann comes into this fight averaging 3.32 significant strikes per minute while absorbing 3.01 significant strikes per minute. Spann is also averaging 1.13 successful takedowns but he is only successful on 30 percent of his attempts. He also is stopping 60 percent of his opponents' takedown attempts and is averaging 1.9 submission attempts every 15 minutes.

Spann is having a big step up in competition in this fight, but I think he has success in this one. Spann is going to avoid the knockout and that will frustrate Walker. Look for Spann to come away with a victory in this game at a nice price.