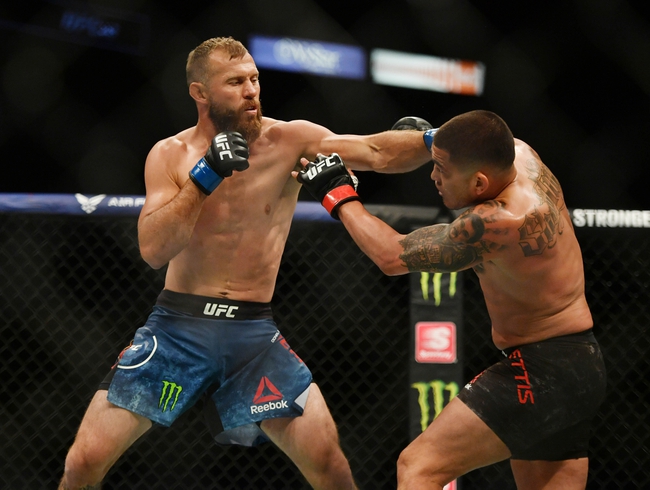 Donald Cerrone and Niko Price face off in a welterweight showdown for the main event of UFC Vegas 11 at the UFC Apex in Las Vegas on Saturday. Cerrone is currently the 14th ranked fighter in the division while Price is currently unranked.

Donald “Cowboy” Cerrone is one of the most popular fighters in the UFC but he really needs to pick up a win soon. Cerrone comes into this fight with a 36-15 record overall but coming into this one he has lost four fights in a row. Everyone of those fights was against top notch competition including the last one against Anthony Pettis back in May of 2020. Cerrone comes into this fight averaging 4.33 significant strikes per minute while absorbing 4.27 significant strikes per minute. Cerrone is also averaging 1.23 successful takedowns every 15 minutes but he is only successful on 35 percent of his takedown attempts. Cerrone is also averaging 1.2 submission attempts every 15 minutes. At times Cerrone has a slow first round and that can’t happen in this game.

On the other side of this fight is Niko “The Hybird” Price who comes into this fight with a 14-4 record overall but coming into this fight he has a 2-2 record. Price’s last fight came against Vicente Luque in May of 2020 and in that fight it was very even but midway through the third round he was knocked out. Each of Price’s last three wins have come by knockout. Price comes into this fight averaging 4.32 significant strikes per minute while absorbing 5.46 significant strikes per minute. Price is averaging 1,08 successful takedowns every 15 minutes but he is only successful on 23 percent of his attempts. Price is also averaging 1.1 submission attempts every 15 minutes.