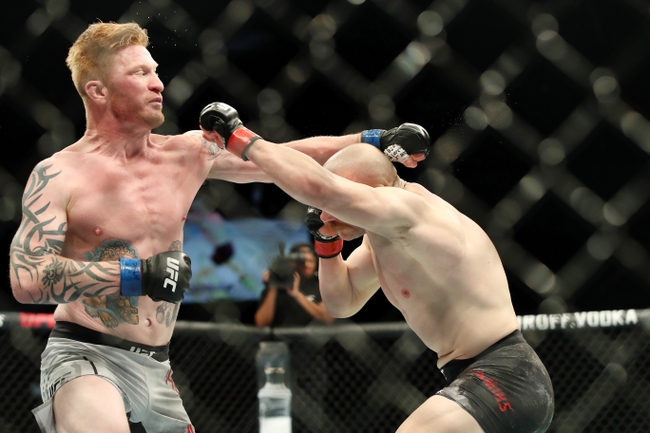 Ed Herman and Mike Rodriguez face off in a light heavyweight showdown in UFC Vegas 10 at the UFC Apex in Las Vegas. Modafferi is currently the eighth ranked fighter in the division while Lee is ranked ninth.

Ed “Short Fuse” Herman comes into this fight with a 26-14 record overall and he has won each of his last two fights. Herman’s last fight came against Khadis Ibragimov in November of 2019 and in that fight he was taken down twice but in terms of significant strikes he dominated and he was able to come away with a unanimous decision. Before Herman’s latest two game winning streak he had lost three fights in a row. Herman comes into this fight averaging 3.33 significant strikes per minute while absorbing 3.13 significant strikes per minute. Herman likes to get the fight to the ground and he is currently averaging 2.20 successful takedowns every 15 minutes and he is successful on 48 percent of his attempts. Herman also stops 59 percent of his opponents' takedowns. Herman also averages 1.2 submission attempts every 15 minutes.

Mike “Slo MIke” Rodriguez comes into this fight with an 11-4 record but since coming into the UFC he has won two fights, lost two fights, and one fight ended in a no contest. Rodriguez’s last fight came against Marcin Prachnio on August 22nd of 2020. In that fight, Rodriguez jumped out to a fast start and just two minutes into the fight he was able to finish the fight by knockout. Rodriguez is averaging 4.59 significant strikes per minute while absorbing 3.58 significant strikes per minute. Rodriguez wants to keep the fight on the feet, but he isn’t great stopping takedowns doing so only 38 percent of the time. Herman also won’t be trying to finish this fight by submission.

Rodriguez is the big favorite in this fight and this feels like a game where they tried to give him another easy fight. Look for Rodriguez to use the power in his hands and he will have no issue getting the job done in this one. Back Rodriguez to win by knockout.