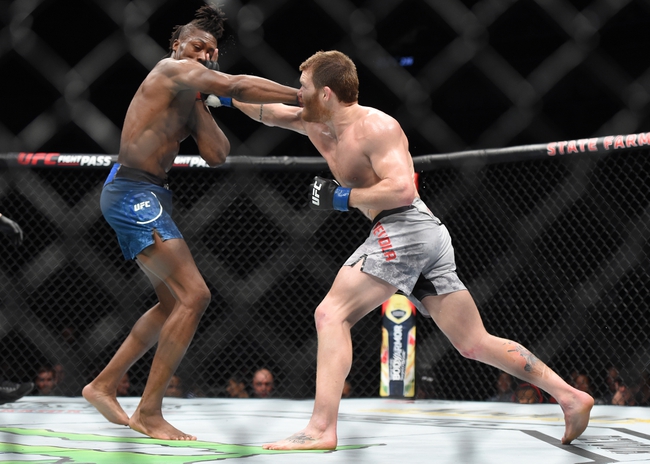 Thiago Moises and Jalin Turner face off on Saturday night in a lightweight showdown at UFC Vegas 9 at the UFC APEX in Las Vegas.Both of these fighters are currently unranked.

Thiago Moises comes into this fight with a 13-4 record overall but since coming into the UFC he has only gone 2-2. Moises last fight came against MIchael Johnson in May of 2020. Moises was actually being outstruck 27-1 but he was able to lock in an ankle lock by submission. The previous three fights by Moises were all decided by unanimous decision, two of them being losses and the other game being a win. Coming into this fight Moises is averaging 2.68 significant strikes per minute while absorbing 3.58 significant strikes per minute. Moises is also averaging 1.10 successful takedowns every 15 minutes but he is only successful on 28 percent of his attempts. He does however stop 68 percent of his opponents' takedown attempts. Moises is also averaging 1.6 submission attempts every 15 minutes in this fight Moises can’t get out to a slow start and play with fire like he did in the last one.

Jalin “The Tarantula” Turner comes into this fight with a 9-5 record and since coming into the UFC he has gone 2-2. Turner’s last fight came against Josh Culibao in February of 2020 and in that fight he outstruck his opponent 55-12 and in the second round he was able to finish the fight by knockout. Turner comes into this fight averaging 5.95 significant strikes per minute while absorbing 3.91 significant strikes per minute. Turner is averaging 0.46 successful takedowns every 15 minutes and he is successful on 50 percent of his attempts. Turner is stopping 76 percent of his opponents' takedown attempts. Turner also tries to finish fights by submission and he tries 1.8 of those every 15 minutes.

Turner looked impressive in his last start and that is going to continue in this game. Look for Turner to lock in one of those submission attempts and he will get the job done. Back Turner to get the job done at plus money.