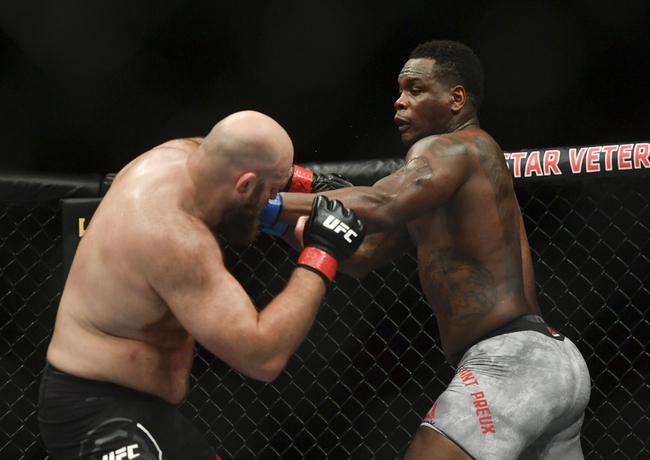 Ovince Saint Preux and Alonzo Menifield face off in a light heavyweight showdown for the co-main event during UFC Fight Night 176 at the UFC APEX in Las Vegas.

Alonzo Menifield has had a lot of success in his fighting career sitting with a 9-1 record but the one loss during that stretch was in his last fight against Devin Clark in June of 2020. In that fight Menifield was taken down once and outstruck by 40 shots which led him to a unanimous decision. Menifield’s last win came against Paul Craig back in June of 2019 and in that fight it was a little over halfway through the first round that Menifield came away with a knockout wind. Menifield’s first win in the UFC also came by knockout in the first round.

Ovince Saint Preux comes into this fight with a 24-14 record and coming into this one he has lost three of the last four fights. In Saint Preux’s last fight against Ben Rothwell in May of 2020, he was very competitive, but it went to the judges scorecard and it didn’t go his way as he lost by split decision. Saint Preux’s last win came against Michal Oleksiejczuk in September of 2019 and he actually wasn’t having a whole lot of success, but in the second round he locked in a choke by submission and that led to the victory.

In terms of talent, that advantage goes to Menifield and he is going to catch Saint Preux early. Menifield has more power and he will get the job done in this one.