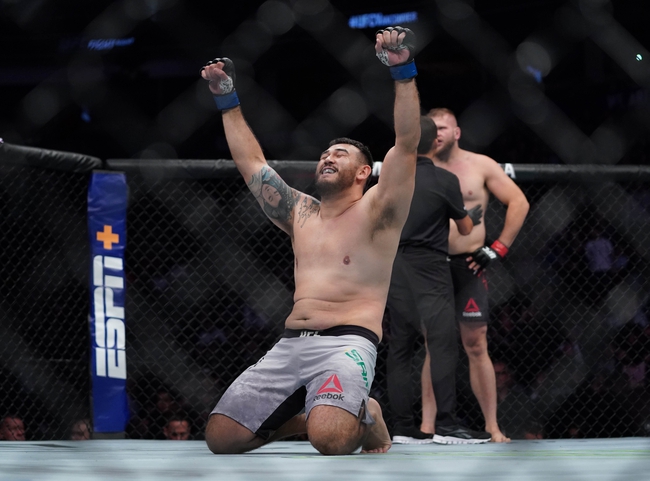 Augusto Sakai hopes to continue climbing up the rankings with a big victory in this one. Overall Sakati has a 15-1-1 record and since coming into the UFC he has won four games. Sakai’s last fight came against Blagoy Ivanov at the end of May and in that fight it was a very close, but Sakai was able to win by split decision. Two of his other fights in the UFC have come by knockout,and the other win was by split decision. Sakai is averaging 5.45 significant strikes per minute while absorbing 3.89 significant strikes per minute. Sakai likes to keep the fight on the feet and is averaging 0.19 successful takedowns every 15 minutes and he is accurate on 50 percent of his attempts. Sakai also has stopped 83 percent of his opponents’ takedown attempts. Sakai i also averaging 0.0 submission attempts every 15 minutes. In this fight Sakai will stand on the feet and hope to win by knockout early.

Alistair Overeem is a UFC veteran and comes into this fight with a 46-18 record overall. Coming into this fight, Overeem has won three of the last four fights with a win coming in his last fight in May of 2020. Overeem’s last fight came against Walt Harris and he was dominant in that fight. And in the second round of that fight he was able to win the fight by knockout. Each of Overeem’s last three wins have been by knockout. Overeem is averaging 3.66 significant strikes per minute while absorbing 2.18 significant strikes per minute. Overeem is averaging 1.40 successful takedowns every 15 minutes and he is successful on 54 percent of his opponents’ attempts. Overeem is also averaging 0.9 successful takedowns every 15 minutes.

Sakai doesn’t have a loss yet in the UFC and that will continue through this fight. Sakai has good takedown defense and that is going to continue in this game Look for Sakai to use his power in his hands and that will lead to Sakai coming away with a victory.