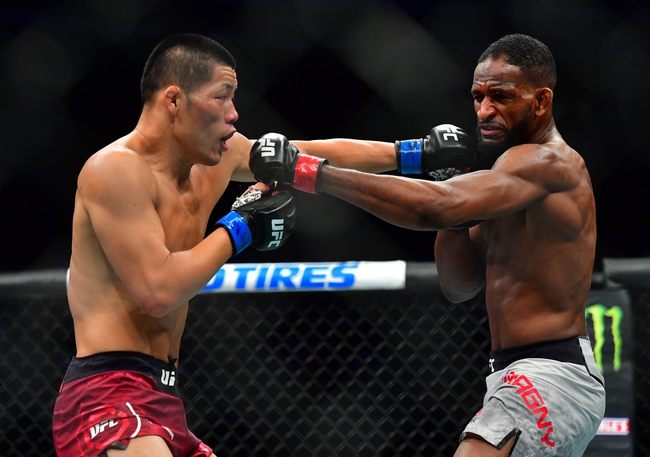 Robbie Lawler and Neil Magny face off in a welterweight showdown in the co-main event of UFC Vegas 8 at the UFC APEX in Las Vegas on Saturday. Lawler is currently ranked 13th in the division while Magny is ranked 14th.

Robbie “Ruthless” Lawler comes into this fight with a 28-14 record but he is really struggling coming into this one having lost three straight fights. Lawler’s last fight came in August of 2019 against Colby Covington. In tha fight Lawler really struggled being outstruck 179-78. Lawler’s last win came all the way back in 2017 against Donald Cerrone, a fight he was actually oustruck in but the Judges gave him the win by unanimous decision.

Lawler comes into this fight averaging 3.57 significant strikes per minute while absorbing 4.16 significant strikes per minute. Lawler has 0.71 successful takedowns every 15 minutes and he is successful on 66 percent of his attempts. Lawler also stops 65 percent of his opponents' takedown attempts. Lawler is averaging 0.0 submission attempts every 15 minutes.

Neil “The Haitian Sensation” Magny comes into this fight with a 23-8 record and he has won each of the last two fights. Magny’s last fight came against Anthony Rocco Martin in June of 2020. Magny looked good in that fight, out striking his opponent 64-37 and that was enough to come away with the victory. Each of Magny’s last two wins were by unanimous decision. Magny is averaging 3.95 significant strikes per minute while absorbing 2.17 significant strikes per minute. Magny is averaging 2.55 successful takedowns every 15 minutes, being successful on 44 percent of his takedown attempts. Magny is averaging 0.3 submission attempts every 15 minutes. In this fight look for Magny to try and get the fight to the ground.