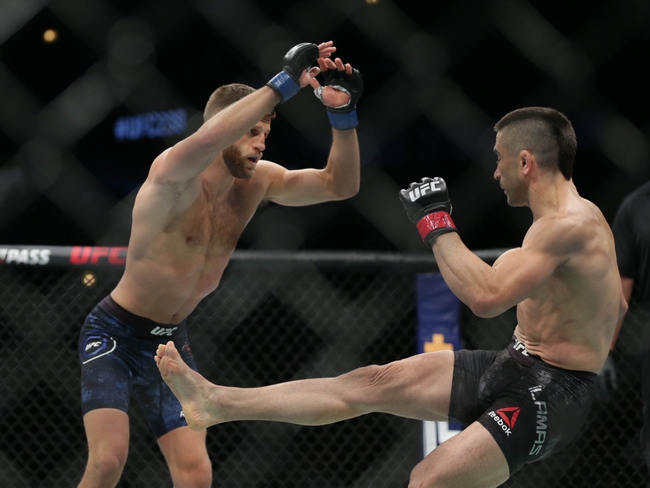 Ricardo Lamas and Bill Algeo face off in a featherweight showdown at UFC Vegas 8 at the UFC APEX in Las Vegas on Saturday. Both of these fighters are currently unranked.

Ricardo “The Bully” Lamas comes into this game with a 19-8 record overall but he is coming off a loss in his last start. In Lamas’s last fight against Calvin Kattar, he struggled and late in the first round the fight was finished by knockout. Lamas last win came against Darren Elkins all the way back in November of 2018. In that fight, Lamas did a good job in November of 2018 and it was in the third round of that fight that he finished it with knockouts.

Bill “Senor Perfecto” Algeo will be making his UFC debut when he steps into the octagon for this fight. Algeo’s last fight came against Tim Dooling in the cage fury fighting championship on August 13th, and in that fight, he won by unanimous decision. Algeo did have a fight in Dana White’s Contender Series back in June of 2019 and he lost that fight by unanimous decision. Algeo’s has 13 wins, three by knockout, six by submission, and four by decision.

Algeo has four losses so far during his career. Algeo has two losses by submission and the other two were by the judges scorecard. One concern heading into this fight for Algeo has to be with the quick turnaround. He did take a little bit of damage in the last fight and it was only two weeks ago.

The short layoff is concerning for Algeo but there is no way to lay this type of money with Lamas. Look for Algeo to control the pace of this fight early and he will find a way to come away with a victory.