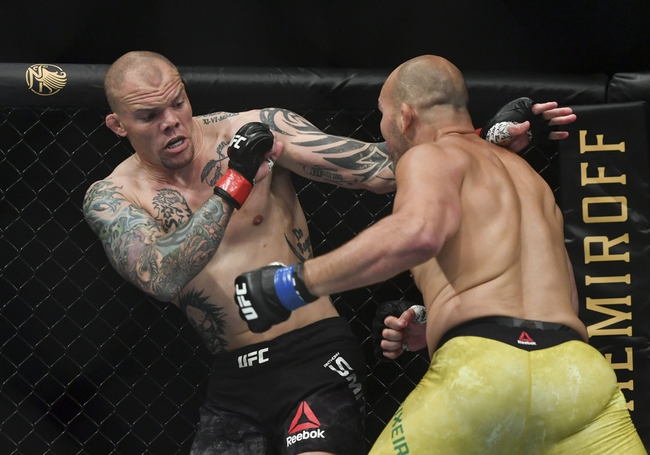 Anthony Smith and Aleksander Rakic face off in a light heavyweight showdown in the main event of UFC Vegas 8 at the UFC APEX in Las Vegas on Saturday.

Anthony “Lionheart” Smith is a popular fighter who comes into this fight with 33 wins and 15 losses. Even though there has been a lot of success during his career, he comes into this fight having won two of the last three fights. In Smith’s last fight against Glover Teixeira, he was outstruck 136-86 and in the fifth round of that fight he was knocked out. Smith is a scrapper and although it might not always be the prettiest, he has survived fights that he probably shouldn’t have.

Aleksander Rakic comes into this fight with a 12-2 record overall and coming into this one he has won four of his last five fights. Rakic’s only loss in the UFC came in his last fight in December of 2019 against Volkan Oezdemir and in that fight he actually outstruck his opponent and had a takedown, but on the judges' scorecard he lost by a split decision.

Smith is a big underdog but he has value in this fight. He is a scrapper and Smith is going to find a way to get a job done in this game. Look for Smith to wear down Rakic and he will come away with a victory in this game.