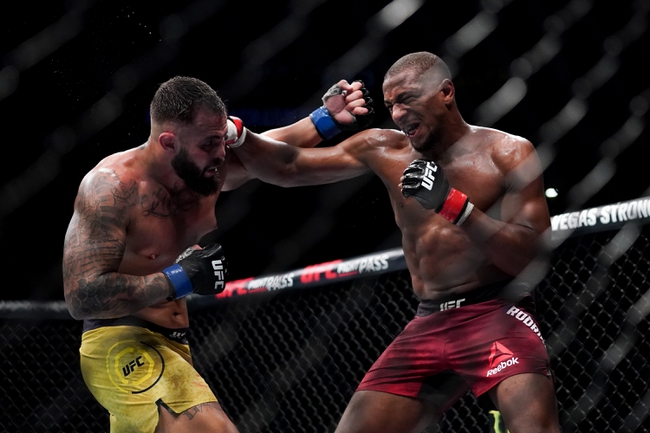 Marcin Prachino and Mike Rodriguez face off in a light heavyweight showdown during ESPN 15 at the UFC APEX in Las Vegas on Saturday.

Marcin Prachino really needs a win in this fight or he might be seeing himself leaving the UFC pretty quickly. Overall Prachino currently sits with a 13-4 record but in both of his UFC fights he has really struggled and his last fight came all the way back in September of 2018. In that fight, Prachino only landed three significant strikes and only 3:09 it was ended by knockout. Prachino’s first fight in the UFC came back in February of 2018 against Sam Alvery in February of 2018 and late in the first round he was knocked out.

Mike “Slo Mike” Rodriguez comes into this fight with a 10-4 record overall, but since coming into the UFC he has gone 1-2-1 with his only win coming in his second fight inside the UFC. Rodriguez’s last fight came against Da-un Jung and it didn’t take long for Prachino to be finished by knockout in the first round. THe only win for Rodriguez came against Adam Milstead in late 2018. In that fight, Rodriguez used his knees to finish the fight during the middle of the first round.

These are two fighters who are struggling and even though this might not be the strongest play on the board, there is no way to lay this type of number with Rodriguez. Look for Prachino to find a way to come away with a victory.