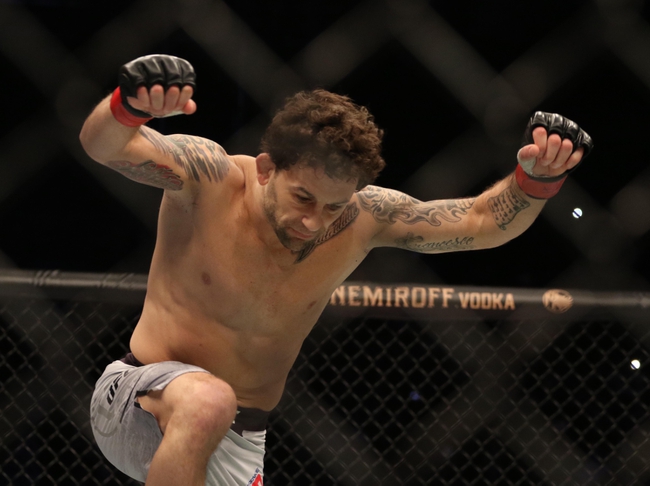 Pedro Munhoz and Frankie Edgar face off in a bantamweight showdown for the main event during ESPN 15 at the UFC APEX in Las Vegas on Saturday.

Pedro “The Young Punisher” Munhoz comes into this fight with an 18-4 record overall and coming into this fight Munhoz has won three of the last four fights. The one loss for Munhoz during that stretch was against Aljamain Sterling and Munhoz didn’t look good in that fight getting outstruck 174-105 and that led to the loss. In each of the previous two wins were finished by knockout, including his win in March of 2019 against Cody Garbrandt. Each of the two knockout wins have come in the first round, and in this one he is going to try and finish it early.

On the other side of this fight is Frankie “The Answer” Edgar who has found all kinds of success during his UFC career, but he comes into this one having lost two fights in a row. In Edgar’s last fight against Chan Sung Jung and he looked outmatched from the very beginning. Getting oustruck 46-9 and a little over halfway through the first round, Edgar was knocked out. Edgar’s last win came in April of 2018 against Cub Swanson and in that fight, he got the job done by unanimous decision.

Edgar is no doubt struggling coming into this fight, but this is still a guy who has found a lot of success and he will get the job done in this one. Look for Edgar to get the fight to the ground and he will control the right. Edgar might not get the finish, but he will win at a strong price.