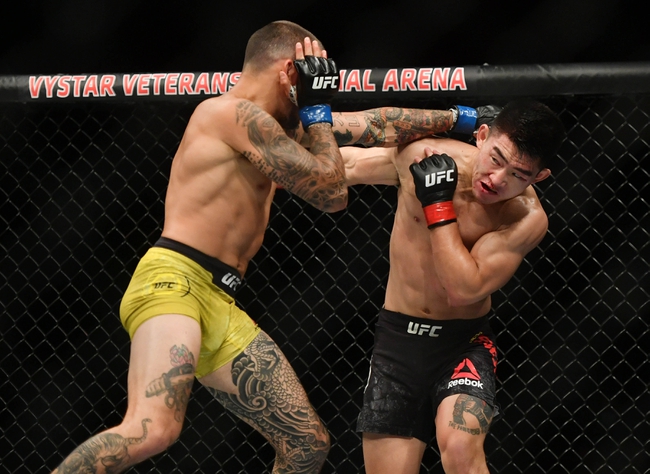 Sean O’Malley and Marlon Vera face-off in a bantamweight showdown for the co-main event of UFC 252 at the UFX Apex in Las Vegas.O’Malley is currently ranked 14th in the division while Vera is unranked.

Many believe that Sean “Sugar” O’Malley will be fighting for a bantamweight title soon, but he can’t overlook any of these fights. COming into this fight O’Malley has a perfect 12-0 record, and since coming into the UFC he has won all four of his fights. His first fight back in 2017 came by unanimous decision. Each of his last two fights has come by knockout, including his last fight against Eddie Wineland and that one only took one minute and 54 seconds.

On the other side of this matchup is Marlon “Chito” Vera who comes into this fight with a 15-6-1 record and he had won five fights in a row heading into his last fight. Vera fought against Song Yadong and even though he had two takedowns in that fight, he was outstruck and had issues controlling the fight which led to a unanimous decision loss. Vera’s last win came against Andre Ewell and in the third round of that fight he won with his elbows.

Vera is going to have problems with O’Malley and this one shouldn’t take all that long to finish. Look for O’Malley to come out swinging early and it’s going to be quite the show. Back O’Malley to win this game by finish. If you are comfortable laying the big price on the money line for O’Malley you can, but our play will be for him to finish by decision.

Get Premium Picks Start Winning Now »
The pick in this article is the opinion of the writer, not a PickDawgz site consensus.
Previous Pick
Aleksei Oleinik vs. Derrick Lewis - 8/8/20 UFC Fight Night 174 Pick and Prediction
Next Pick
Herbert Burns vs. Daniel Pineda - 8/15/20 UFC 252 Pick and Prediction