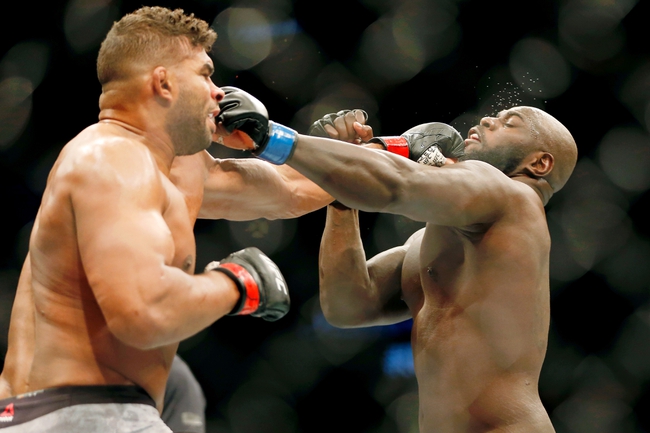 Junior Dos Santos and Jairzinho Rozenstruik face off in a heavyweight showdown at UFC 252 at the UFX Apex in Las Vegas.Dos Santos is currently ranked fifth in the division while Rozenstruik is ranked sixth.

Junior “Cigano” Dos Santos comes into this fight with a 21-7 record overall but he is really struggling coming into this one losing each of his last two fights. In Dos Santos last game against Curtis Blaydes and in that fight in the second round he was knocked out. Each of his last two losses were by knockout, and the two previous fights before that he won, and both of those also were by knockout. Dos Santos last win was actually against Derrick Lewis in March of 2019, a fight he won early in the 3rd round.

On the other side of this fight is Jairzinho Rozenstruik who comes into this fight with a 10-1 record but his only loss came in his last fight back in May of 2020. Before that, Rozenstruik had won four fights in a row in the UFC and each of those fights he was able to win by knockout. In Rozenstruik’s last win against Alistair Overeem it took until late in the fight with only four seconds left to go, he finished the fight.

Both of these fighters lost their last fight, but in terms of talent, Rozenstruik seems to have the advantage. Look for him to land a couple of big punches early, and he will come away with the victory.