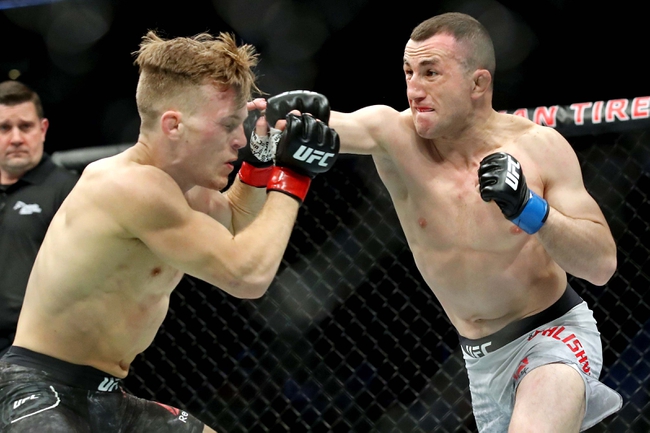 John “The Magician” Dodson comes into this fight with a 22-11 record but coming into this fight he has lost two of his last three fights. The one win for Dodson during that stretch was in his last fight against Nathaniel Wood. In that fight, Dodson was being outstruck heading into the third round, but early in the third round he was able to finish the fight by knockout. The previous two losses for Dodson he was competitive, but he lost both fights by unanimous decision.

Merab “The Machine” Dvalishvili comes into this fight with an 11-4 record overall and after losing his first two fights in the UFC, he has won four straight fights. It’s impressive to win four fights in a row, and each of those fights by Dvalishvili were won by unanimous decision. Dvalishvili is a wrestler first, and in his last fight he has 13 takedowns.

Dvalishvili is averaging 4,01 significant strikes every 15 minutes while absorbing 2.12 significant strikes per minute. He also is averaging 8.67 successful takedowns every 15 minutes because successful on 50 percent of the attempts. Dvalishvili is also good against the takedown stopping 80 percent of his opponent takedown attempts.