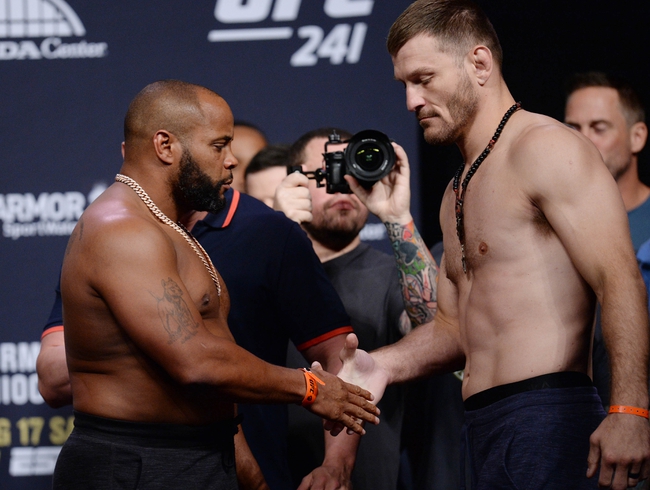 Daniel Cormier and Stipe Miocic face off in a heavyweight showdown for the main event of UFC 252 at the UFX Apex in Las Vegas. There is a belt on the line in this fight. Miocic is the current champion while Cormier is ranked number one. These two fighters have fought twice before with Cormier winning the first fight and Miocic getting some revenge in the last game.

Two of Cormier’s last three wins have come by knockout with the first win coming against Miocic coming by submission. Cormier comes into this fight averaging 4.25 significant strikes per minute while absorbing 2.75 significant strikes per minute. Cormier is also averaging 1.95 successful takedowns every 15 minutes and 0.5 submission attempts every 15 minutes.

Cormier is the better fighter and he really shouldn’t have lost the last fight. In this fight, Cormier isn’t going to make the same mistakes and he will have no issue getting the job done. Back Cormier and for added value take Cormier to win by decision.

Get Premium Picks Start Winning Now »
The pick in this article is the opinion of the writer, not a PickDawgz site consensus.
Previous Pick
Junior Dos Santos vs. Jairzinho Rozenstruik - 8/15/20 UFC 252 Pick and Prediction
Next Pick
Frankie Edgar vs. Pedro Munhoz - 8/22/20 UFC on ESPN 15 Pick and Prediction