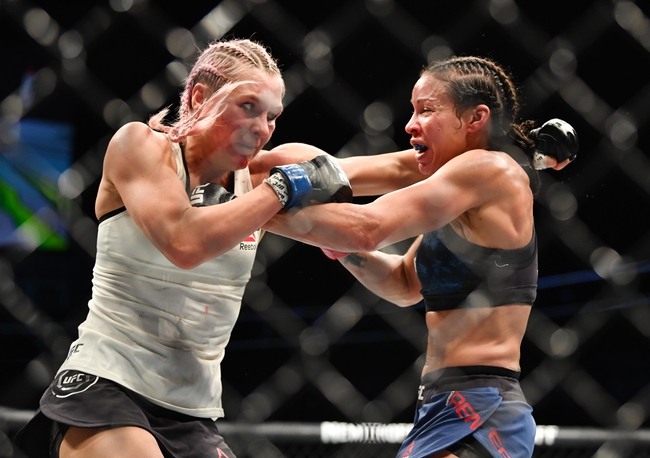 Yana Kunitskaya comes into this fight with a 12-5 record but since coming into the UFC she has only gone 2-2. Kunitskaya had won two fights in a row heading into her last fight against Aspen Ladd. in that fight, Kunitskaya was taken down three times and early in the third round she was worn down and that led to her being knocked out.

Kunitskaya comes into this fight averaging 5.05 significant strikes per minute while absorbing 4.12 significant strikes per minute. Kunitskaya likes to get the fight to the ground averaging 2.39 successful takedowns every 15 minutes, but in the last fight she wasn’t able to have any successful takedowns. One place Kunitskaya really struggles is when her opponents try to get a takedown, stopping only 20 percent of her opponents' attempts.

Julija Stoliarenko comes into this fight with a 9-4-1 record overall and she has made one fight inside the octagon. Stoliarenko’s only fight inside the UFC came back in November of 2018 during the Ultimate Fighter against Leah Letson. She fought pretty well in that fight but lost by split decision. She didn’t get a contract then, but she has been working hard since that point losing five games in a row. As good as she has looked it is a bit concerning that in her last fight she was only able to win by a split decision. Four of her wins during that win streak for Stoliarenko have come by armbar. In this fight, Stoliarenkto is going to try and win this fight by armbar, but she needs to be careful so she doesn’t get cut.

Kunitskaya is much higher ranked, but Stoliarenko has looked super impressive. Look for the underdog to get the job done in this fight, If you want even extra value, take Stoliarenko to win this fight by decision.