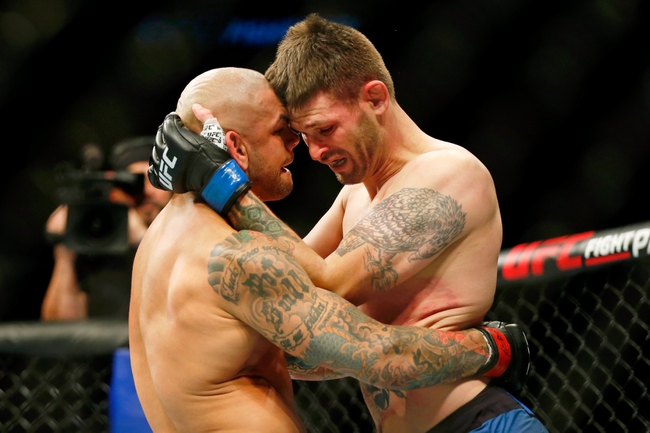 Tim Means and Laureano Staropoli face off in a welterweight showdown at UFC Fight Night 174 at the UFC Apex in Las Vegas. Both of these fighters are currently unranked.

Tim “The Dirty Bird” Means comes into this fight with a 29-12-1 record overall but he does only have two wins over his last six fights. Means last fight came against Daniel Rodriguez in February of 2020 and in that fight he really struggled. In the second round he got caught in a bad position and that led to him being finished by a guillotine choke. In December of 2019, against Thiago Alves, Means had his last win and he actually won that fight by guillotine.

Staropoli comes into this game averaging 4.29 significant strikes per minute while absorbing 4.22 significant strikes per minute. Staropoli is also averaging 0.33 successful takedowns every 15 minutes and he probably won’t be trying a submission attempt in this game. He also is only successful on 25 percent of his takedown attempts.  In this fight Staropoli needs to get out to a fast start and really ty to wear down Means early or this could be a troublesome matchup as they try to come away with a victory.

Staropoli has issues finishing fights and that is going to let him down in this fight. Look for Means to get out to fast start and catch Staropoli to be put in a bad position. Means might not get the finish, but he will win this fight.