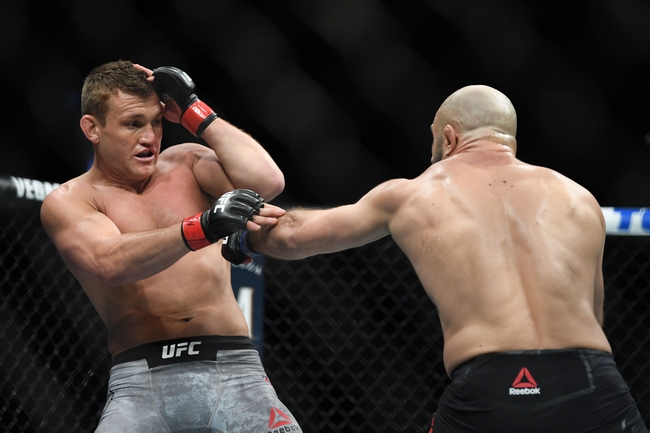 Omari Akhmedov and Chris Weidman face off in a middleweight showdown for the co-main event of UFC Fight Night 174 at the UFX Apex in Las Vegas. Akhmedov is currently ranked 11th in the division while Weidman is currently unranked.

On the other side of this fight is Chris “The All-American” Weidman who comes into this fight with a 14-5 record overall but all of five of those losses came in his last six fights. Weidman’s last fight came against Dominick Reyes and in that fight it was early in the first round that he was knocked out. All five of Weidman’s losses have been by knockout.

Weidman is really struggling coming into this fight and there is no reason to believe he is going to turn it around in this one. Look for Akhmedov to jump all over Weidman early and wear him down. It’s a gift-getting Akhmedov at plus money.

Get Premium Picks Start Winning Now »
The pick in this article is the opinion of the writer, not a PickDawgz site consensus.
Previous Pick
Maki Pitolo vs. Darren Stewart - 8/8/20 UFC Fight Night 174 Pick and Prediction
Next Pick
Sean O’Malley vs. Marlon Vera - 8/15/20 UFC 252 Pick and Prediction