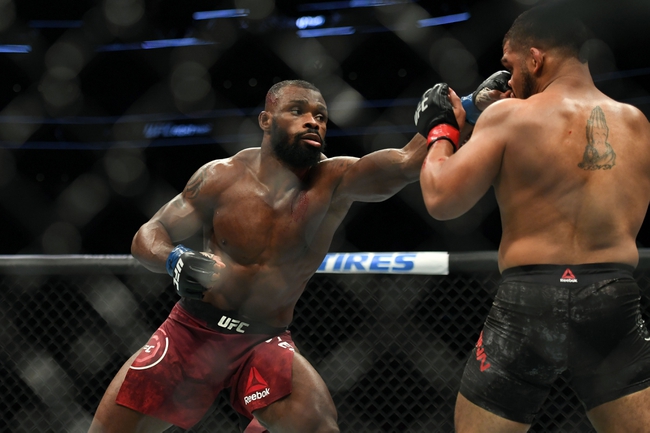 Maki Pitolo and Darren Stewart face off in a middleweight showdown at UFC Fight Night 174 at the UFX Apex in Las Vegas. Both of these fighters are currently unranked.

Maki “Coconut Bombz” Pitolo comes into this fight with a 13-5 record overall and since coming into the UFC he has a 1-1 record. To start Pitolo’s UFC career he faced off with Callan Potter and was taken down three times, something that led to the loss. He wasn’t finished, but he did lose by unanimous decision. Pitolo’s last fight came against Charles Byrd and he was dominant in that fight. Pitolo had three takedowns during the fight, and early in the second round, he knocked out Byrd.

Darren “The Dentist” Stewart comes into this fight with an 11-5 record overall and coming into this fight he has won two in a row. Stewart’s last fight came against Deron Winn in October of 2019 and it was an interesting fight. Stewart had a clear advantage on the mound but he was taken down six times. Even with the takedowns, Stewart was able to come away with the victory. Stewart’s last loss came all the way back in 2018 by split decision.

Stewart is averaging 2.94 significant strikes per minute while absorbing 2.44 significant strikes per minute Stewart does have a good takedown averaging 1.38 successful takedowns every minutes, being successful on 44 percent of the attempts. Stewart is also stopping 65 percent of his opponents' attempts, but in his last fight he did really struggle in that part of his game. .