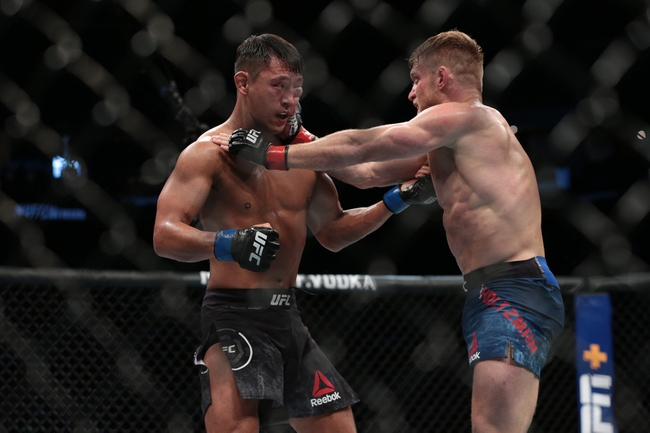 Beneil Dariush and Scott Holtzman face off in a lightweight showdown at UFC Fight Night 174 at the UFC Apex in Las Vegas. Dariush is the 14th ranked fighter in the division while Holtzman is currently unranked.

Beneil Dariush comes into this fight with an 18-4-1 record and he has won each of his last four fights. Each of the last three wins were by finish. In the last fight, Dariush faced off with Drakkar Klose in March of 2020 and early in the second round he finished the fight by knockout. Dariush’s last loss came against Alexander Hernandez in March of 2018. IN that fight, Dariush really struggled getting knocked out in the first round.

On the other side of this matchup is Scott “Hot Sauce” Holtzman who comes into this game with a 14-3 record overall and coming into this fight he has won two fights in a row. Holtzman’s last win came against Jim Miller in February of 2020. His last loss came in February of 2019 against Nik Lentz. In that fight, Holtzman was taken down five times and oustruck, which led him to come away with a loss.

Holtzman has looked really good coming into this game and that is going continue in this game. Look for Holtzman to throw punches early and often and that will wear down Dariush. It might not be the prettiest fight, but Holtzman is going to do enough to come away with the victory.