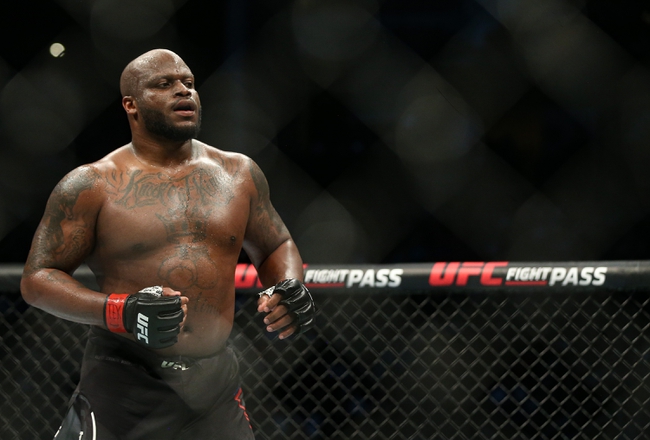 Aleksei  Oleinik and Derrick Lewis face off in a heavyweight showdown for the main event of UFC Fight Night 174 at the UFX Apex in Las Vegas. Lewis is currently ranked 4th in the division while Oleynik is ranked 10th.

Aleksei “The Boa Constrictor” Oleinik comes into this fight with a 59-13-1 overall record and coming into this fight he has won two of them in a row. Oleinik’s last fight came against Fabricio Werdum in May of 2020 and he looked good in that fight. Olienik was taken down three times but he struck him 94-53 and that led a split decision win. Oleinik’s last loss came back in July of 2019 against Walt Harris, a fight that he was knocked out in 12 seconds into the fight. Oleinik is a well rounded fighter, but by his name it’s pretty clear what he wants to do, he wants to try and choke out his opponent.

On the other side of this matchup is Derrick “The Black Beast” Lewis who comes into this fight with a 23-7 record. Lewis has won two fights in a row and the hope is he can climb back up the rankings to get another title fight. Lewis last fight came against Ilir Latifi in February of 2020 and Lewis outstruck him 20-5 and that led to a unanimous decision win. Each of Lewis last two wins were by decisions, but two fights ago it was a split decision.

Get Premium Picks Start Winning Now »
The pick in this article is the opinion of the writer, not a PickDawgz site consensus.
Previous Pick
Maki Pitolo vs. Darren Stewart - 8/8/20 UFC Fight Night 174 Pick and Prediction
Next Pick
Sean O’Malley vs. Marlon Vera - 8/15/20 UFC 252 Pick and Prediction