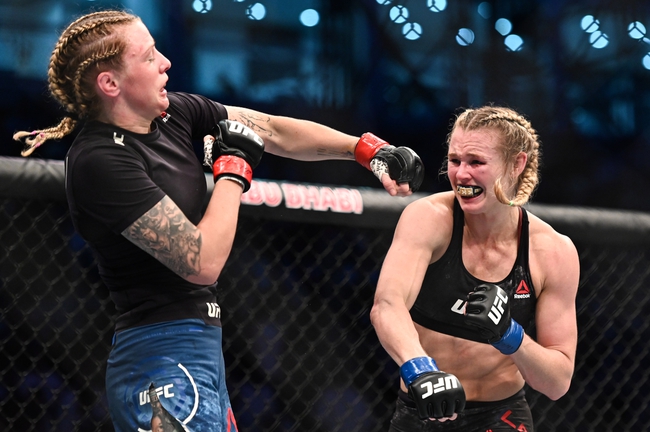 Joanne “JoJo” Calderwood comes into this fight with a 14-4 record overall and in her last four fights, she has three wins. Calderwood hopes with a few more wins she will get a title shot, and a win in this fight could be enough to give her that shot. Calderwood’s last fight came against Andrea Lee and in that fight, she outstruck Lee 101-61. That fight went all the way to the judges' scorecard and she won by a split decision. Calderwood’s last fight win by decision came all the way back in 2018 when he won in the first round by armbar.

Jennifer Maia comes into this fight with a 17-6-1 record overall and over her last three fights she has two losses. The one loss during that stretch by Maia was in her last UFC fight against Katlyn Chookagian in November of 2019. In that fight, Maia did have one takedown, but she was outstruck 73-58, and that led to the loss. Each of Maia’s four fights have gone to a decision so her game plan is to try and wear down the other fight.

Calderwood is the better fighter and she is going to get the job done in this game. Her ability to get the fight to the ground will be the difference as she wins this fight at a nice price.