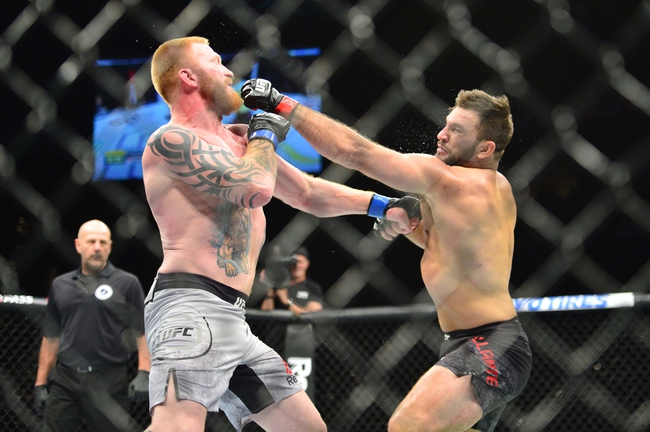 Ed Herman and Gerald Meerschaert face off in a light heavyweight showdown in the main event of UFC Fight NIght 173 at the UFC Apex, in Las Vegas Nevada. These are both fighters who are currently unranked.

Ed “Short Fuse” Herman comes into this game with a 26-14 record and coming into this one he has won two fights in a row. Herman’s last fight came in November of 2019 and in that fight against Khadis Ibragimov Herman was taken down two times but he outstruck him 81-53 and that led to the unanimous decision victory. His two wins before his last win by decision were finished by knockout and he will probably try to hint that again in this fight.

Gerald “GM3” Meerschaert comes into this fight with a 31-13 record overall but coming into this fight he has lost four of his last six games. Meerschaert’s last fight came against Ian Heinisch and in that fight, he was oustruck 20-3 and in the first round one minute and 14 seconds into the fight he was knocked out. Merrschaert’s last win came in March of 2020 against Deron Winn, a fight he finished in the third round by rear-naked choke.

Meerschaert comes into this fight averaging 3.31 significant strikes per minute while absorbing 3.58 significant strikes per minute. Meershaert likes to get the fight to the ground and coming into this one he is averaging 2.34 successful takedowns every 15 minutes. Meerschaert is also averaging 1.7 submission attempts every 15 minutes. In this fight he will probably look for a submission.

Meerschaert didn’t look good in his last fight and he is going to struggle again in this fight. Look for Herman to get the fight to the ground and control the fight. Back Herman to win this fight.