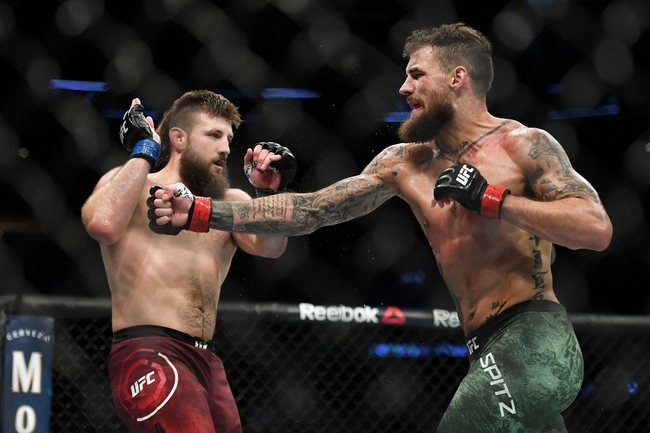 Tanner Boser and Raphael Pessoa face off in a heavyweight bout on UFC on ESPN 14 at UFC Fight Island, Abu Dhabi United Arab Emirates. There will be very limited fans in attendance for this game. Both of these fighters are currently unranked.

Tanner “The Bulldozer” Boser comes into this fight with an 18-6-1 record overall and since coming into the UFC he has gone 2-1. Boser’s last win came against Phillipe Lins and he had no issue getting the job done out striking him 15-6 and a little over halfway through the first round he was able to get the job done by knockout. Boser’s only loss in the UFC came against Ciryl Gane in December of 2019. In that fight, Boser was dominated in terms of significant strikes and that led to a unanimous decision loss.

Raphael Pessoa comes into this fight with a 10-1 record overall and since coming into the UFC he has gone 1-1. The one win in the UFC for Pessoa came in his last fight in October of 2019. Pessoa fought Jeff Hughes and in that fight, he outstruck him 39-34 which was enough to come away with the unanimous decision.

One thing we know about this fight is it will happen on the feet. Bozer is the better fighter but this is a fight that is going to go the distance. Back Boser to win this fight by decision to get extra value on the bet.