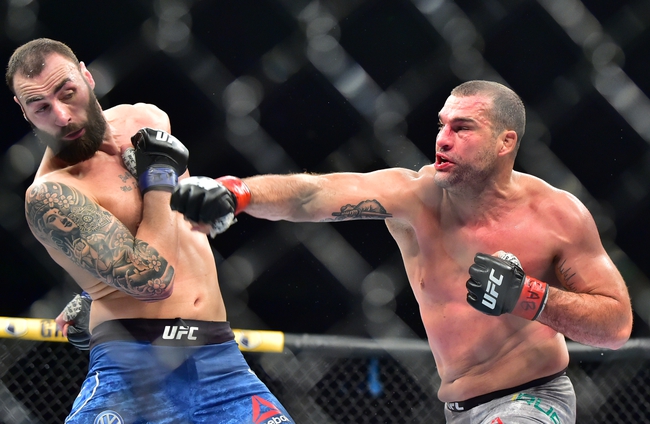 Paul Craig and Gadzhimurad Antigulov face off in a light heavyweight bout on UFC on ESPN 14 at UFC Fight Island, Abu Dhabi United Arab Emirates. There will be very limited fans in attendance for this game. Both of these fighters are currently unranked.

Paul Craig comes into this fight with a 12-4-1 record overall but since coming into the UFC there have been some struggles. Coming into this fight Craig has lost two of his last three fights including his last fight in November of 2019. In that fight Craig faced off Maurico Rua. in that fight Craig outstruck Rua 51-25, but he ended up losing by split decision. Craig’s last win came in September of 2019 and in that game he won in the first round by rear naked choke.

Gadzhimurad Antigulov comes into this game with a 20-6 record overall but he comes into this fight having lost two in a row. Overall Antgulov has a 2-2 record in the UFC. His last fight came in April of 2019 against Michal Oleksiejczuk and he didn’t last long in that one. Only 44 seconds into the fight, Antigulov was knocked out. Each of his last two losses have been knockouts in the first round.

Antigulov is averaging 2.32 significant strikes every 15 minutes and while absorbing 5.92 significant strikes per minute. That 5.92 number is high but it’s a little bit skewed because he has never been involved in a fight that has gone out of the first round. Antigulov has also had six takedowns so far during his UFC career and it wouldn’t be shocking to see him try to get this one to the ground.

Who is going to win this fight is a toss up , but one thing is for sure, this fight won’t take very long to get over. Antigulov either gets finished early or finishes the fight early. In this one it won’t take long so bet it to finish in the first round.

Shane’s Pick Finish in 1st Round