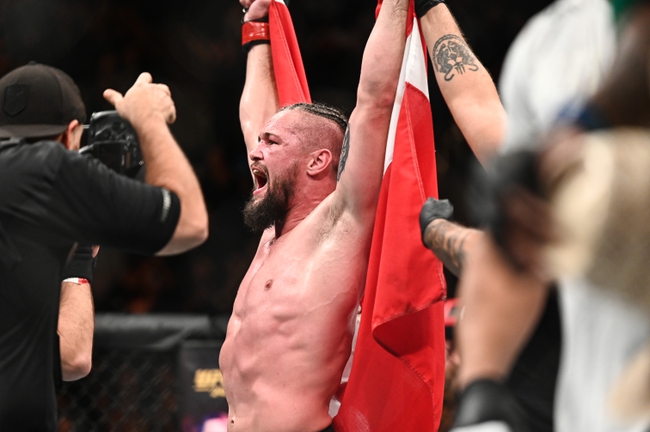 Nicolas Dalby and Jesse Ronson face off in a lightweight bout on UFC on ESPN 14 at UFC Fight Island, Abu Dhabi United Arab Emirates. There will be very limited fans in attendance for this game. Both of these fighters are currently unranked.

Nicolas “Lokomotivo” Dalby comes into this fight with an 18-3-1 record but since coming into the UFC he has won only two of his five fights. Dalby’s last fight came in September of 2019 against Alex Oliveria and in that fight Dalby looked good. Dalby outstruck Oliveira 31-18 in that fight and he also had a takedown, something that was enough to come away with a unanimous decision. Each of Dalby's fights in the UFC have gone to a decision.

Jesse “The Body Snatcher” Ronson comes into this fight with a 21-10 record but he still hasn’t won a fight in the UFC but his last fight in the UFC came all the way back in 2014. Coming into this fight he has won six of his last eight fights, but two of his last three fights have been losses.During his UFC career Ronson averaged 3.09 significant strikes per minute while absorbing 2.73 significant strikes per minute. Ronson is averaging 0.67 successful takedowns every 15 minutes and 0.5 submission attempts during the same time period.

Ronson already got one chance in the UFC and it didn’t go well. This is his second shot for Ronson, but it’s not going to get any better in this one. Ronson is going to have trouble controlling this fight which will lead to Dalby winning a fight that goes to a decision.