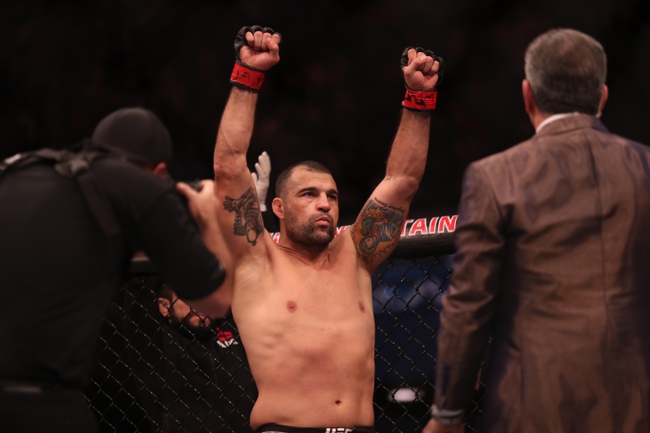 Mauricio Rua and Antonio Rogerio Nogueira face off in a light heavyweight bout  for the co-main event of UFC on ESPN 14 at UFC Fight Island, Abu Dhabi United Arab Emirates. There will be very limited fans in attendance for this game. Rua is currently the 15th ranked fighter in the class while Nogueira is unranked.

Mauricio “Shogun” Rua is 38 years old but it doesn’t look like he will be slowing down anytime soon. Coming into this fight he has a 26-11-1 and over his last six fights he has four wins. In Rua’s last fight though against Paul Craig in November of 2019 he was competitive but lost by a split decision. In that fight, Craig outstruck Rua 51-25.

Rua is a well rounded fighter that can have success on the feet or on the ground.Rua is averaging 3.63 significant strikes per minute while absorbing 2.68 significant strikes per minute. Rua is also averaging 2.17 successful takedowns every 15 minutes and 0.8 submission attempts during the same time period. His last win came in December of 2018 by punches during the third round.

Antonio Rogerio Nogueira comes into this fight with a 23-9 record but since coming into this fight he has gone 2-4. Nogueria’s last fight came against Ryan Spann in May of 2019.and that fight ended quickly. Nogueira was knocked out two minutes into the fight, He is averaging 2.39 significant strikes per minute while absorbing 2.27 significant strikes per minute. Nogueira is averaging 0.67 successful takedowns every 15 minutes and 0.8 submission attempts during the same time period.

Each of the last two wins for Nogueira came by knockout with the last one coming in September of 2018 against Sam Avery. In this fight he will probably try to finish this fight by knockout early.

Rua might be older, but he still can get the job done in this fight. Look for him to control the pace of the fight and even if he doesn’t finish the fight he will win by decision, The price might not be nice, but this is a strong play.