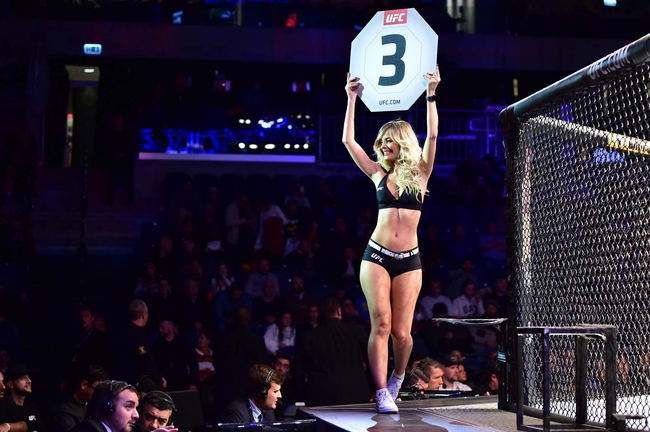 Khamzat Chimaev and Rhys Mckee face off in a welterweight bout on UFC on ESPN 14 at UFC Fight Island, Abu Dhabi United Arab Emirates. There will be very limited fans in attendance for this game. Both of these fighters are currently unranked.

Khamzat Chimaev is coming into this fight one of the most talked about fighters on the card, but for an interesting reason. Chimaev’s last fight came last Saturday against John Phillips and in that fight he finished the job with a second round submission. A week turnaround to take another fight is the shortest in UFC history. Chimaev comes into this fight with a 7-0 record and each of those fights have come by finish. Only three of his seven fights have gone out of the first round, Four of Chimaev’s wins have come by knockout and three wins by submission.

Chimaev has a lot of power in his hands, but he also likes to try and finish fights by submission so he will probably try either. No matter which way he tries, to finish the fight he is going to try and get the job done early in this one.

Rhys “Skeletor” Mckee comes into this fight with a 10-2 record overall and he has won each of his last three fights. Mckee’s last fight came on November of 2019 against Hakon Foss and in that game he finished the fight only a minute and three seconds into the fight. Mckee’s last loss came in January of 2018 against Terry Brazier. In that fight Mckee kept it competitive but he did end up losing by unanimous decision.McKee has never had one of his wins go to a decision with seven coming by knockout and the other three coming by submission.

In terms of his two losses, one was by knockout and the other one was by submission. In this fight he is going to need to survive early. Both of these fighters will probably try to get it done early, and Mckee makes sure he doesn’t get caught in a bad situation and get submitted.