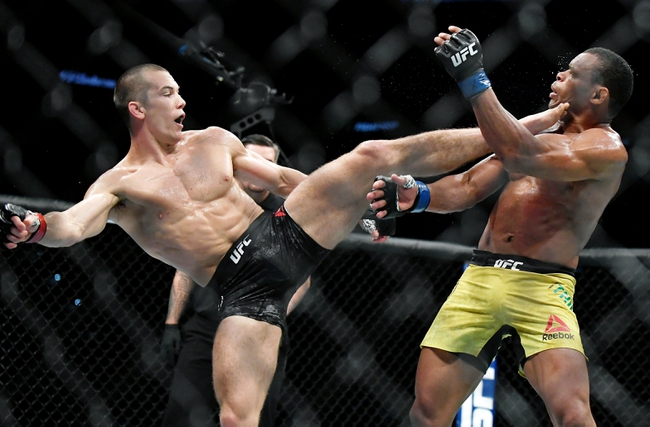 Francisco Trinaldo and Jai Herbert face off in a lightweight bout on UFC on ESPN 14 at UFC Fight Island, Abu Dhabi United Arab Emirates. There will be very limited fans in attendance for this game. Both of these fighters are currently unranked.

Francisco Trinaldo comes into this fight with a 25-7 record overall and he comes into this fight having won two fights in a row. Trinaldo’s last fight came in March of 2020 against John Makdessi and in that fight he came away with a unanimous decision.In that fight Trinaldo was actually outstruck, but he still came away with the victory. Trinaldo’s last fight came against Alexander Hernandez in July of 2019.That was a fight where Trinaldo and Hernandez each had the same amount of significant strikes but he lost by unanimous decision.

Jai “The Black Country Banger” Herbert comes into this fight with a 10-1 record overall and he has won each of his last six fights. Each of his last four wins have come by knockout or technical knockout. Herbert’s last fight came in October of 2019 against Cain Carrizosa and in that fight he won in the first round. This is Herbert’s first fight in the UFC so the hope is there won’t be many nerves in this fight.

Herbert is a knockout artist, and he has won eight of his fights that way. One of Herbert’s win is by submission and the other win was by decision. His only loss during his career was all the way back in 2016 by knockout.

There isn’t a lot of tape on Herbert but he still hasn’t really faced anyone. Trinaldo is a big step up in competition and he is going to struggle against the step up. In this one, Trinaldo is going to control the fight and not get hit by one of Herbert’s big punches. Back Trinaldo to get the job done on the money line.