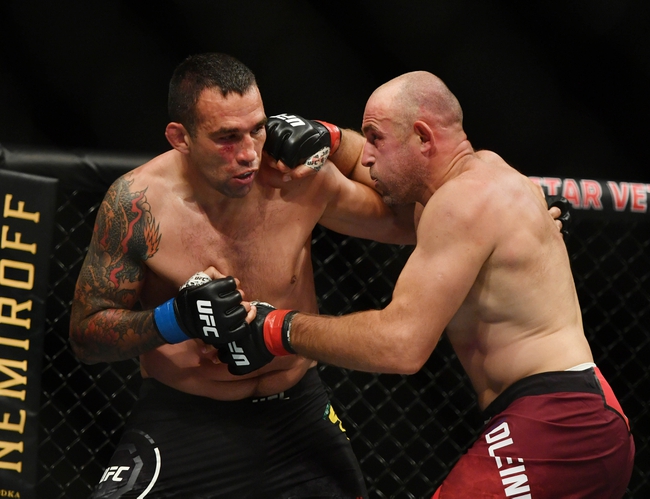 Fabricio Werdum and Alexander Gustafsson face off in a heavyweight bout on UFC on ESPN 14 at UFC Fight Island, Abu Dhabi United Arab Emirates. There will be very limited fans in attendance for this game. Werdum is currently ranked 14th in the division while Gustafsson is ranked seventh.

Fabricio “Vai Cavalo” Werdum is a very popular fighter and has found a lot of success but he is struggling coming into this one.Overall Werdum has a 23-9-1 record but he has lost two fights in a row. Werdum’s last fight came against Aleksei Oleinik in May of 2020. In that fight, Werdum did have three takedowns but he was outstruck by over 40 significant strikes which led to a split decision loss. Werdum is a fighter who is good on the feet and on the ground.

Alexander “The Mauler” Gustafsson also comes into this fight really struggling .Overall Gustafsson has an 18-6 record and since coming into this game he has lost two fights in a row. Gustafsson’s last fight was against Anthony Smith and he was winning that fight but in the fourth round late he was submitted by a rear naked choke. Gustafsson’s last win came against Glover Teixeira in 2017. Early in the fifth round of that fight, Gustafsson finished it with punches.

These are two pretty even fighters and there is no way Gustafsson should be this big of a favorite. In this game Werdum is going to avoid Gustafsson’s power punches and that will lead to a victory.