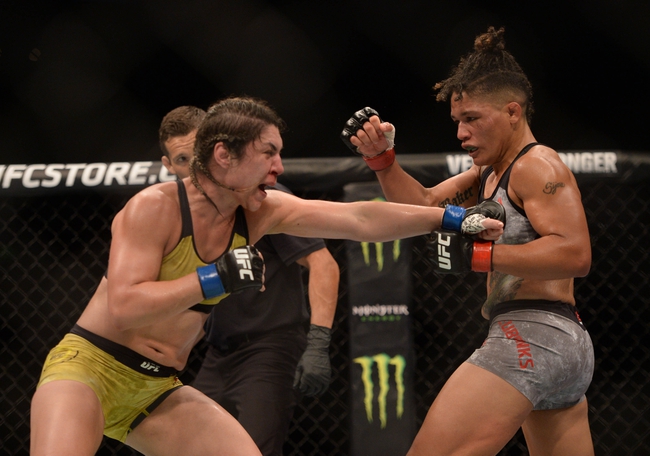 Bethe Correia and Pannie Kianzad face off in a women’s bantamweight bout on UFC on ESPN 14 at UFC Fight Island, Abu Dhabi United Arab Emirates. There will be very limited fans in attendance for this game. Correia is currently ranked 13th in the division while Kianzad is unranked.

Pannie Kianzad comes into this fight with a 13-5 record overall and since coming into the UFC she has gone 1-2. Kianzad lost her first two fights in the UFC but she finally got her first win in her first matchup against Jessica Rose Clark in November of 2019. In that fight Kianzad was quite impressive outstriking Clark 98-65 and that led to the victory. That type of performance led to Kianzad coming away with the unanimous decision.

On paper, these two fighters are very even so we will take the fighter with the value. Correia is the higher-ranked fighter and the underdog, take her to cash in this one. This is one of the weaker plays on the card and should be bet lightly.