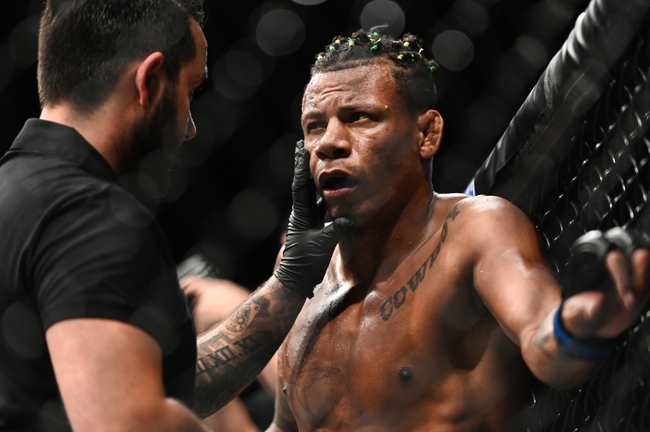 Winning money on parlay bets in the UFC can be very exciting. UFC on ESPN 14 takes place on Saturday at UFC Fight Island, Abu Dhabi United Arab Emirates. Let’s breakdown some parlays you can make money on.

Mauricio Rua is a well rounded fighter and the better fighter in the matchup against Antonio Rogerio Nogueira. Rua has one for of his last six fights, and the longer the fight goes on, the better that Rua seems to do.

Alex Oliveira has been struggling, but Peter Sobotta’s last fight came back in 2018. That type of layoff is tough to come off of in the UFC and that will be the difference in this fight. Oliveira is the better fighter and will get this one done.

Paul Craight and Gadzhimurad Antigulov face off in a fight that will finish early. Antigulov either gets finished early or he finishes the fight early. In this one it won’t take long to get the job done and it will be finished in the first two rounds.

There isn’t a lot of tape on Herbert but he still hasn’t really faced anyone. Trinaldo is a big step up in competition and he is going to struggle against the step up. In this one, Trinaldo is going to control the fight and not get hit by one of Herbert’s big punches. Back Trinaldo to get the job done on the money line.

Jesse Ronson already got one chance in the UFC and it didn’t go well. This is his second shot for Ronson, but it’s not going to get any better in this one. Ronson is going to have trouble controlling this fight which will lead to Nicolas Dalby winning this fight.

Get Premium Picks Start Winning Now »
The pick in this article is the opinion of the writer, not a PickDawgz site consensus.
Previous Pick
Deiveson Figueiredo vs. Joseph Benavidez - 7/18/20 UFC Fight Night 172 Pick and Prediction
Next Pick
Ramazan Emeev vs. Niklas Stolze - 7/25/20 UFC on ESPN 14 Pick and Prediction