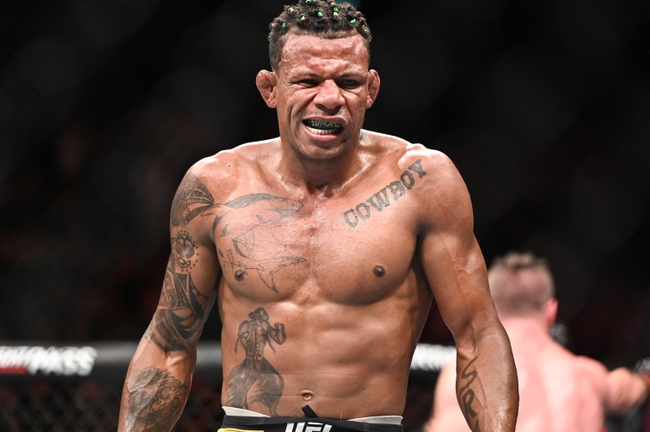 Alex Oliveira and Peter Sobotta face off in a welterweight bout on UFC on ESPN 14 at UFC Fight Island, Abu Dhabi United Arab Emirates. There will be very limited fans in attendance for this game. Both of these fighters are currently unranked.

Alex Oliveira has had a successful career but he has struggled a little bit as of late. Overall Oliveira has a 20-8-1 record but as of late they have lost three of their last four games. The one win during that stretch was in his last fight in March of 2020. In that fight, Oliveira beat Max Griffin by split decision. Oliveira  was taken down twince in that fight, but he did outstruck Griffin 40-23 and that was enough to come away with the victory. Oliveira’s last knockout win came in September of 2018.

Peter Sobotta comes into this fight with a 17-6-1 record and he has won two of his last three fights. The one loss during that stretch for Sobotta was in his last fight that took place in 2018. Sobotta had some family issues that needed to be taken care of, but he is coming into this fight hoping to earn a new contract. Sobotta’s last win came by in May of 2017 against Ben Saunders, a fight he won in the second round by knockout.

Oliveira might be struggling a bit coming into this fight but at least he has been fighting. Coming back from this long layoff is tough, and it’s going to let Sobotta down in this fight. Look for Oliveira to come out aggressive and win this fight by a finish. If you are comfortable with the money line that is a safe bet too.