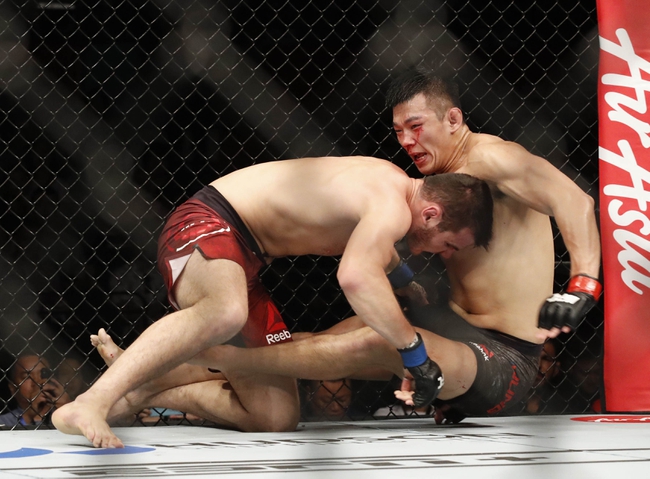 Roman Dolidze and Khadis Ibragimov face off in a flyweight bout at UFC Fight Night which will take place at UFC’s Fight Island in Abu Dhabi United Arab Emirates. Like the last few events, there will be no fans in attendance for this event. Both of these guys are currently unranked.

Roman Dolidze is already 32 years old and this will be his first fight in the UFC when he steps into the octagon on Saturday. Dolidze’s path here has been unconventional, but he hopes to start a long career in the UFC. Dolidze has only had six professional fights and he hasn’t fought for almost two years. Dolidze has a perfect 6-0 record but his last fight was December of 2018. He had to serve a year suspension for a failed PED test.

Dolidze has won every one of his six fights since turning pro, and each of the wins were by stoppage. Three of the wins for Dolidze were by knockout and the other three wins were by submission. In Dolidze’s last fight it was three minutes into the third round that he was able to finish the job by the knockout.

For Khadis Ibragimov he overall has an 8-2 record, with each of those losses coming in the UFC. Ibragimov’s first fight in the UFC, he was actually very competitive but early in the third round he was finished by a submission. In the second fight, Ibragimov had two takedowns, but he was outstruck and that led to the unanimous decision loss.

Dolidze has had a long layoff which is a bit of a concern, but there is still no doubt he is the better fighter in this one. In this fight, Dolidze is going to dish out a lot of punishment early, and this fight will be finished by submission.