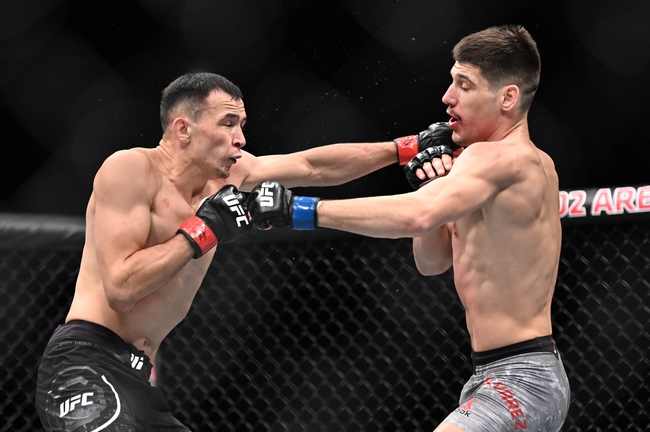 Joe Duffy and Joel Alvarez face off in a catchweight bout at UFC Fight Night which will take place at UFC’s Fight Island in Abu Dhabi United Arab Emirates. Like the last few events, there will be no fans in attendance for this event. Both of these guys are currently unranked.

Joe “Irish” Duffy has had some success during his UFC career and coming into this fight he has a 16-4 record. Since coming into the UFC Duffy has won four of his seven fights. Over the last two fights though he has lost each of the last two fights. Duffy’s last fight came against Marc Diakiese in March of 2019. In that fight, Duffy was outstruck 63-15 and that led to the unanimous decision.

Joel “El Fenomeno” Alvarez comes into this fight with a 16-2 record and since entering the UFC he has a 1-1 record. To start Alvarez’s UFC career he had to face off with Damir Ismagulov in February of 2019. IN that fight, Alvarez was outstruck 64-38 and that led to the loss. Alvarez’s last fight came against Danilo Belluardo in June of 2019. In that fight, Alvarez was taken down twice, but in the second round he finished the fight with a knockout.

Joe Duffy is a big favorite in this fight, and for good reason, he is going to get the job done. Look for Duffy to get the fight to the ground, and that will be the difference in this one. It might go to the end, but Duffy will come away with the win.