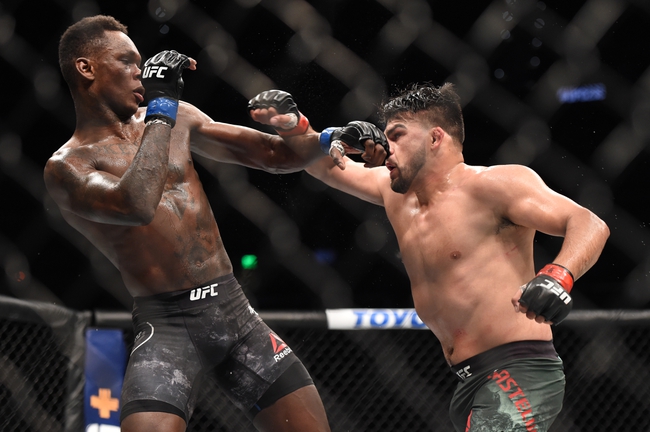 Jack Hermansson and Kelvin Gastelum off in a middleweight bout for the co-main event at UFC Fight Night which will take place at UFC’s Fight Island in Abu Dhabi United Arab Emirates. Like the last few events, there will be no fans in attendance for this event. Hermansson is currently ranked sixth in the division while Gastelum is ranked seventh.

Kelvin Gastelum really needs to win this fight, or there are going to be some big struggles. Gastelum comes into this fight with a 16-5 record overall but in his last two fights he has lost each of them.Two fights ago Gastelum lost to Israel Adesanya. Gastelum’s last fight came against Darren Till and he actually outstruck Till in that fight, but he came away with the split decision loss.

Gastelum probably should have won the last fight but the judges' decision went against him. In this fight, Gastelum is going to come out early and try to finish the fight. He isn’t going to let this one get to the judges' scorecard. Look for Gastelum to finish this fight by knockout.