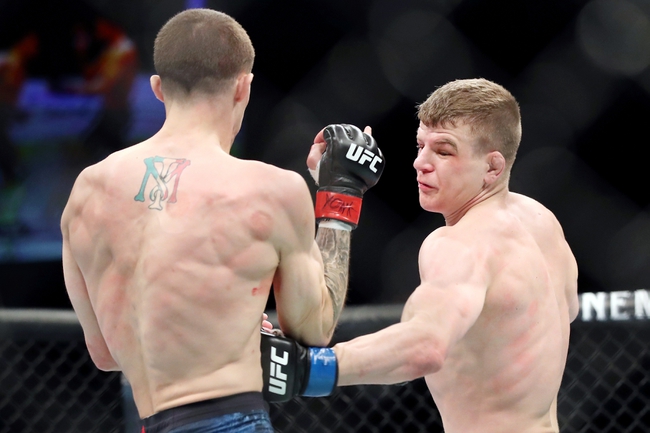 Grant Dawson and Nad Narimani face off in a catchweight bout at UFC Fight Night which will take place at UFC’s Fight Island in Abu Dhabi United Arab Emirates. Like the last few events, there will be no fans in attendance for this event. Both of these guys are currently unranked.

Grant “KGD” Dawson comes into this fight with a 15-1 record overall and since coming into the UFC he has won all three of his fights. Dawson’s last fight in the UFC came against Darrick Minner in February of 2020. In that fight, Dawson outstruck Minner 15-4 and he also had two takedowns in that fight. In the second round, Dawson won the fight by rear naked choke. The first fight in the UFC was won by a unanimous decision and the last two fights were wins by rear naked choke.

Nad Narimani comes into this fight with a 12-3 record overall and since coming into the UFC he has won two of his three fights. Narimani won his first two fights in the UFC, but his last fight was a loss. Against Mike Gundy in March of 2019, Marimani was outstruck 33-22 and late in the second round he was knocked out.

Dawson is an elite talent and he should be able to move up the rankings with a few more wins. Dawson is a big favorite in this fight, but if you take him to win by submission, that opens up some value. If you are willing to lay the price, go ahead and do that, but that is a big number to lay so take the value with the finish.