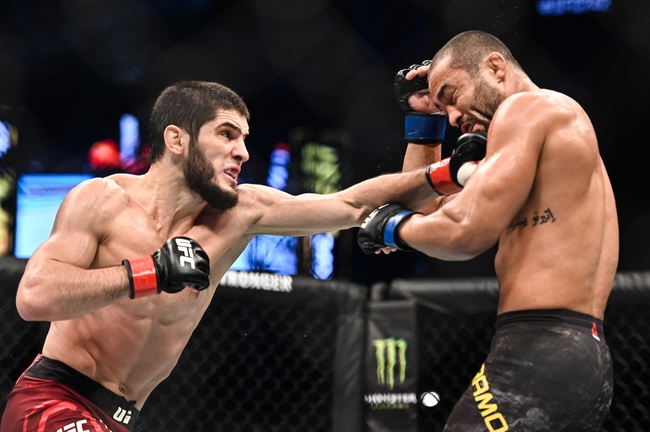 Davi Ramos and Arman Tsarukyan face off in a lightweight bout at UFC Fight Night which will take place at UFC’s Fight Island in Abu Dhabi United Arab Emirates. Like the last few events, there will be no fans in attendance for this event. Both of these guys are currently unranked.

Davi “Tasmanian Devil” Ramos comes into this fight with a 10-3 record overall and since coming into the UFC he has won four of his six fights. Ramos had won four fights in a row before his last fight in September of 2019 against Islam Makhachev. In that fight Ramos really struggled only having seven significant strikes total and that led to the unanimous decision loss.

Arman “Ahlakalakets” Tsarukyan comes into this fight with a 14-2 record overall and since entering the UFC he has a 1-1 record. Tsarukyan’s first fight in the UFC came against Islam Makhachev and in that fight, he was taken down four times, enough to lead to a unanimous decision loss. His last fight came against Olivier Aubin-Mercier and that wasn’t much of a competition for him. Tsarukyan outstruck his opponent 47-23 and that led to the victory.

Tsarukyan is the more impressive fighter in this one, but even as good as he looked in the last fight, he wasn’t able to finish the fight. This play won’t be on who will win the fighter, rather on this fight going the distance.