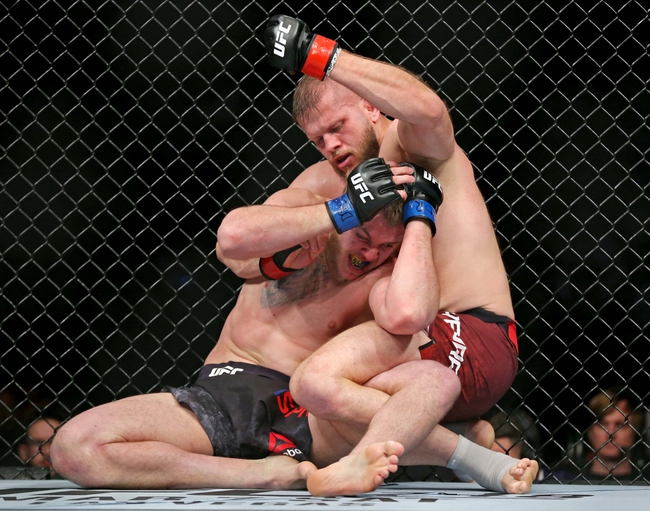 Carlos Felipe and Serghei Spivac face off in a heavyweight bout at UFC Fight Night which will take place at UFC’s Fight Island in Abu Dhabi United Arab Emirates. Like the last few events, there will be no fans in attendance for this event. Both of these guys are currently unranked.

Carlos Felipe will be making his UFC debut when he enters the octagon on Saturday for this fight against Spivac. Felipe has an interesting road to the UFC, but he hopes he can make a run up the standings and have success. Felipe overall has an 8-0 record and each of his last two wins have come by knockout. For Felipe his goal is very simple, he is going to stand in the middle of the octagon and try to trade blows with his opponent in hopes that he will finish the fight by knockout.

Serghei “Polar Bear” Spivac comes into this fight with a 10-2 record overall, but since coming into the UFC he has a 1-2 record. Spivac’s last fight came against Marcin Tybura in February of 2020. In that fight, Tybura outstruck Spivac 48-26 and that was enough for him to lose that by unanimous decision. Spivac’s only win during the UFC came in October of 2019 against Tai Tuivasa. Spivac had six takedowns in that fight, and in the second round he was able to finish the fight by submission. Spivac likes to get the fight to the ground, and in this fight, he will probably try to ge the fight to the ground and control the fight that way.

Felipe no doubt has a lot of power in his hands, but Spivac is going to get the fight to the ground, and that is going to be the difference. Spivac might not be able to finish the fight but he is going to win by decision.