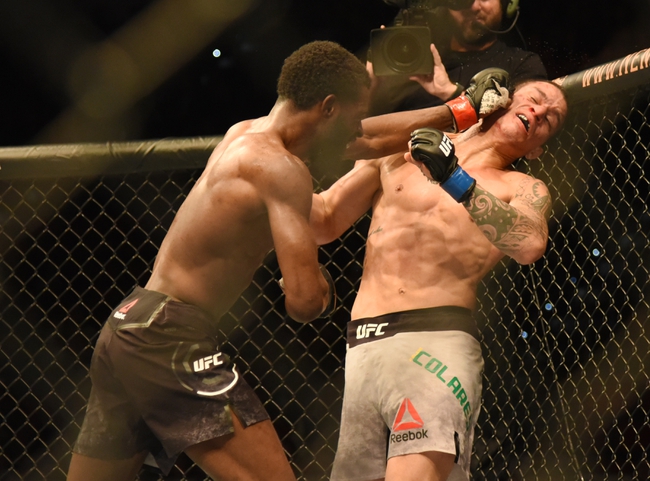 Brett Johns and Montel Jackson face off in a bantamweight bout at UFC Fight Night which will take place at UFC’s Fight Island in Abu Dhabi United Arab Emirates. Like the last few events, there will be no fans in attendance for this event. Both of these guys are currently unranked.

Brett “The Pikey” Johns comes into this fight with a 16-2 record overall and since coming into the UFC he has won four of his six fights. Even though he has found success, Johns has lost two of his last three fights. His one win during that stretch was in his last fight against Tony Gravley in January of 2020. Johns found a lot of success in that fight, and midway through the third quarter, he finished the deal with a real naked choke.

Montel “Quik” Jackson comes into this fight with a 9-1 record and since coming into the UFC he has won three of the four. Jackson started off his UFC career with a loss against Ricky Simon back in August of 2018. Since that point, Jackson has won three fights in a row including his last win in January of 2020. Jackson’s last fight came against Felipe Colares and that was a dominating performance for Jackson. He had 11 takedowns in that fight, and outstruck him 75-7. Jackson came away with a unanimous decision in that fight. Jackson likes to get the fight to the ground and he will probably try to do that early on in this one.

Johns has struggled a bit as of late, and that is going to ring true again in this one. Jackson is going to get the fight to the ground and control Johns there. The number is a beat steep so take Johns to win by decision if you want to get extra value.