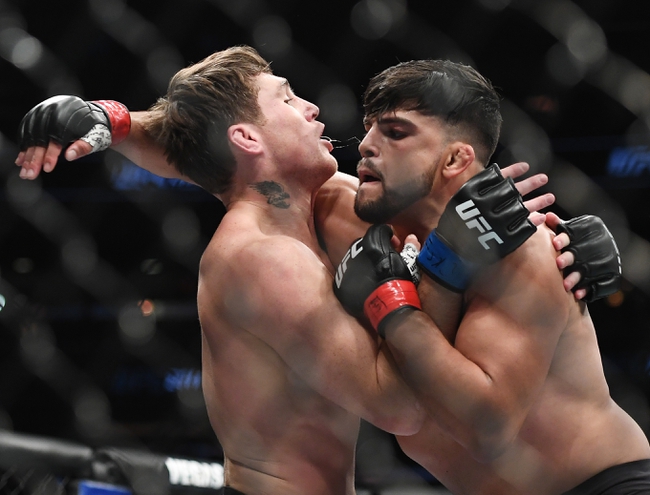 UFC Fight NIght 172 is a nice card that is another great opportunity to make money. Let’s take a look at some of the best parlay bets to make you money on Saturday night.

Don’t let Kevin Gastelum’s loss in his last fight fool you, he is going to come away with a victory over Jack Hermansson. Just a few fights ago, Gastelum knocked out Michael Bisping. In this fight, Gastelum is going to get the job done.

Rafael Fiziev only has one loss in his career but he has proven that he gets worn down during times. Marc Diakiese comes into this game having won two fights in a row both by unanimous decision. In this one Diakiese is going to take it to a decision, and Fiziev is going to get worn down. Back Diakiese to get the job done.

We have already broken down the first part of this parlay up above. Adding Askar Askarov as an underdog is a nice play and bet this one a little smaller, with a big chance for a payout.

Askar Askarov is coming off a win against Tim Elliott and he is going to find a way to get the job done in this one. Even when he is taken down, Askarov has proven that he can still find success. $100 bet in this pays out $731.41.

Grant Dawson has a 15-1 record overall and since coming into the UFC he has won all three of his fights. Dawson is averaging 5.09 successful takedowns every 15 minutes and he is going to completely dominate the game.

Amir Albarzi faces off with Malcolm Gordon and these are two fighters who are pretty similar with their fighting style. In terms of talent, Albarzi is the better fighter, and he is going to find a way to come away with a win in this one.

Throw Marc Diakiese in another parlay, and this one is going to cash with ease.